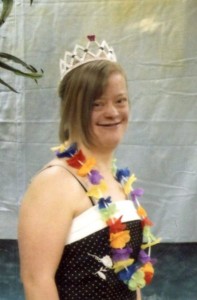 LeAnn Elizabeth Hines, age 28, of Springfield, MO passed away on February 24, 2015 in Cox South Hospital. She was born on March 15, 1986 in Springfield, MO. LeAnn completed her High School education at Kickapoo High School in Springfield. She touched the hearts of everyone she met and was loved by all. She was preceded in death by her grandfathers, Lee Berle Hines, Duane Clay Dent and George King, her uncle Richard and cousin Winter Lea. LeAnn is survived by her grandmothers, Doris Hines, Mary Lou Dent and Darla King, her parents John and Rebecca Hines of Springfield and Mary Dent of Republic, her siblings, Crystal and Chris Humphreys, Dawn and Bryan Young, George and Carolyn Smith and Jacob Dent, nieces, Chasey and Lexus Carpenter and Tylyn Hines, nephews, Corbin and Dalton Humphreys, Rian and Dylan Dent and George and Ben Hines, several aunts, uncles, cousins and many friends. Visitation will be on Saturday March 7, 2015 from 1:00 to 2:00 pm and funeral service will follow at 2:00 pm in Greenlawn Funeral Home South.