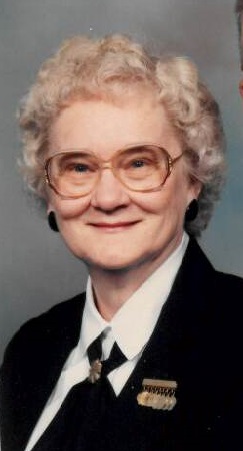 Leona Katherine Lancaster was born December 10, 1928 at rural Ireton, Iowa to Henry and Frances Janssen .  She passed away November 29, 2020, in Springfield, Missouri.  She graduated from Central High School in Le Mars, Iowa in 1946.  Taught rural school for 3 years.  Married Bill Lancaster on June 3, 1949.  Farmed near Seney, Iowa.  Moved to Le Mars in early 60’s.  Was secretary to elementary principal.  Moved to Vermillion, South Dakota in 1987.  Worked on mission churches.  In 1991 moved to Aurora, Missouri.  Was active in Habitat for Humanity.  Wintered over 20 years in Rio Grande Valley, Texas.  They volunteered as tutors in the elementary school and were active in RV park.  In 2010 moved to Maranatha Village in Springfield, Missouri.

Leona is preceded in death by her husband, Bill, her parents, seven siblings, and their spouses.