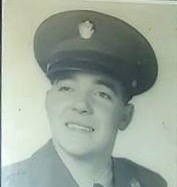 Lester Joseph Mincks, age 83, went to be with his Lord and Savior Sunday, August 16, 2020 in Springfield, MO after a short illness.

Jay, as most knew him by, was born March 19, 1937 in Bolivar, MO, on D Highway in Polk County to Lester and Eula (Smith) Mincks. Jay was saved as a young boy at Mt. Etna Baptist Church where he remained a long time member. He grew up in a large, loving family with four sisters; Bertha, Chestine, Rose, and Ruth; nine brothers; Leonard, Willard, Paul, Big, Lid, Peewee, Butch, Kenny, and Bill.

Jay joined the Army where he served his country for three years. He then went into the construction trade where he worked as a union laborer for JC Nichols in Kansas City and later moving to Springfield, MO where he worked for Brammer Construction in a local teamster union whom he retired from.

Jay was a hardworking and humble man with a big heart. Because of his generosity he was able to help many people in need. He had a personality out of this world and it showed. Not only was he gifted with one of the best personalities ever, he was also musically inclined to playing the guitar, piano, accordion, and harmonica. Jay was also an avid fisherman and after retirement was able to own and operate a boat dock with his wife Kay from 1981 to 1992. Jay was a very blessed and gifted man. He made many a friend in his lifetime and will be greatly missed by all who knew him.

Jay is preceded in death by his parents, his wife of 24 years, Kay, 6 brothers, 3 sisters, sons in law, Dennis, Brian, and Larry. We can’t forget his beloved poodle, Mitzy Dawn that he could never find in his heart to replace.