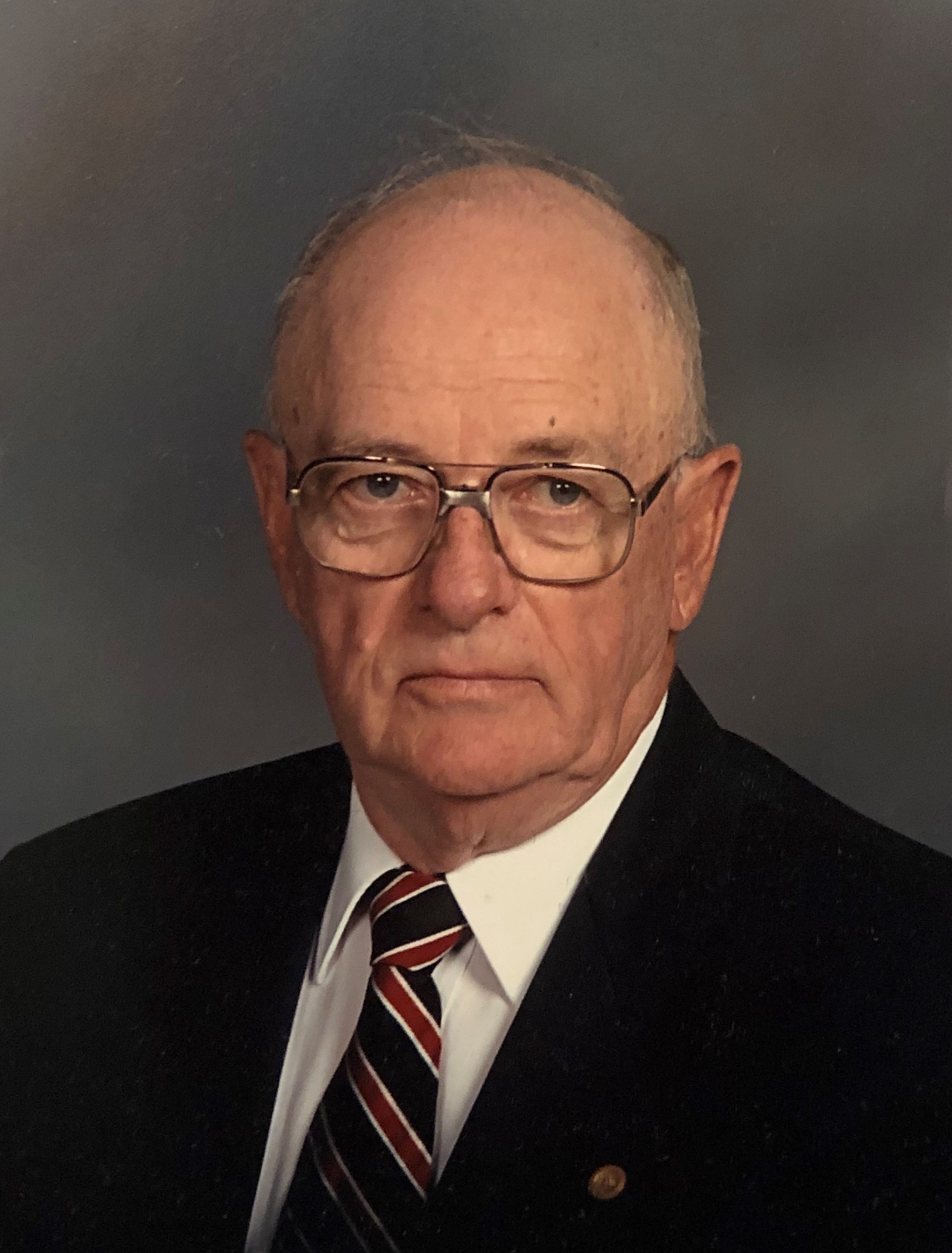 Lewis Wilbur Ellenberger, 86, of Springfield died Wednesday afternoon, January 8, 2020 at James River Nursing and Rehabilitation Center after a long illness. He was born on his family’s farm near Polo, Missouri on June 18, 1933, and he was the oldest son of Wilbur Stover Ellenberger and Lela May (Spicer) Ellenberger. He grew up in the Polo area and graduated from Polo High School in 1951.

Lew started college at the University of Missouri prior to serving in the U.S. Army from 1953 to 1955. During his Army service he was stationed at Camp Chaffee, Arkansas (now Fort Chaffee); Fort Belvoir, Virginia; and Fort Bragg, North Carolina where he served in the 82nd Airborne Division. After his discharge, he worked for a Caterpillar equipment dealership in Chillicothe, Missouri prior to returning to college at Central Missouri State in Warrensburg. He transferred back to MU in 1958 and earned a B.S. degree in Agriculture in 1961; during this time, he was a member of Alpha Gamma Sigma (serving as fraternity treasurer) and Alpha Tau Alpha (an honorary agriculture education fraternity). During his senior year at MU he met Patsy Vivian Turner of Columbia, Missouri, and they were married on February 17, 1962 at First Christian Church in Columbia.

Lew worked in the construction equipment market throughout his career. Utilizing his Army training on Caterpillar equipment while stationed at Fort Belvoir, he started work with Caterpillar in 1962 at their main production plant in Peoria, Illinois. His initial work involved training military personnel, Peace Corps volunteers, and other Caterpillar employees in the operation and repair of Caterpillar’s more widely used equipment. He worked for Caterpillar from 1962 to 1973 both in Peoria and in Louisville, Kentucky. He joined international Harvester in 1973 and managed a dealership in Columbia, Missouri before moving to Springfield in 1976. He rejoined Caterpillar in 1989 and managed marine engine and standby electric generator service divisions for Thompson Machinery in Memphis, Tennessee until his retirement in 1998. In recognition of his efforts in providing marine engine service for vessels on the lower Mississippi River, he was named the 1994 Member of the Year for the Port of Memphis chapter of the Propeller Club of the United States. After retirement, Lew was self-employed in standby electric generator sales and installation in Missouri until 2018.

Lew had a lifelong interest in agriculture and machinery; he enjoyed working with old farm equipment, especially steam traction engines. He attended many steam engine shows throughout the Midwest, and he was a member of the Ozarks Steam Engine Association. He served on the association’s board of directors, and he was actively involved for many years in the association’s popular Steam-O-Rama shows that are held each September in Republic. He was also an active member of Nixa Christian Church for many years; he served on both the church board and the church’s facilities committee, where he devoted many hours to the maintenance of the church’s building and grounds.

He was a lifelong sports fan and attended many sports events, including Springfield Cardinals baseball games, the Indianapolis 500, and watching the ABA’s Kentucky Colonels with his son Wayne while living in Louisville in the early 1970’s. None of those events, however, were more important to him than watching his beloved Missouri Tigers. Whenever you heard or saw a Mizzou football or basketball broadcast, you could be sure that Lew was also listening or watching.

Visitation will be held on Friday, January 17th from 10 AM to 11 AM at Nixa Christian Church, 400 Northview Road, Nixa, Missouri, followed by an 11 AM memorial service at the church with the Rev. Paul Elliott officiating. Interment will be held at 2 PM on January 17th at the Missouri Veterans Cemetery at 5201 South Southwood in Springfield.

In lieu of flowers, memorial contributions may be made to the Nixa Christian Church’s music department.

The family wishes to thank Wanda Porter for her support throughout Lew’s illness. Her kindness and her assistance to the family during this time is deeply appreciated.