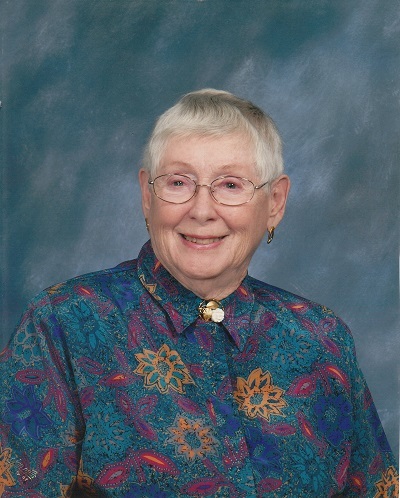 Lillian Juanita “Lil” Scheppler, 97, of Marionville, formerly of Kimberling City, died Wednesday, February 13th at the Ozarks Methodist Manor, where she had been an apartment resident since 2007.
Lillian was born July 17, 1921 in Norcross, Minnesota to Alda Louise and Albert W. Smith. She married Wilmer L. “Bud” Scheppler on January 8, 1956. Bud preceded her in death on April 3, 2003. Lillian is survived by a daughter, Jill Irene Scheppler, of Plano, Texas; a son, Joel Louis Scheppler (wife Jean) of Acworth, Georgia; and a niece, Carolyn Krupp of Camdenton. A sister, Irene, and two brothers, Emory and Harold, preceded her in death.
A retired registered nurse, Lillian served in the U.S. Army Nurse Corps 95th Evacuation Hospital during World War II, from December 1942 to February 1946. There will be a memorial service at Ozarks Methodist Manor in the chapel at 10 a.m on Tuesday, February 19th. She will be interred with her beloved Bud at the Missouri Veterans Cemetery in Springfield at 3 p.m. Tuesday, February 19th.