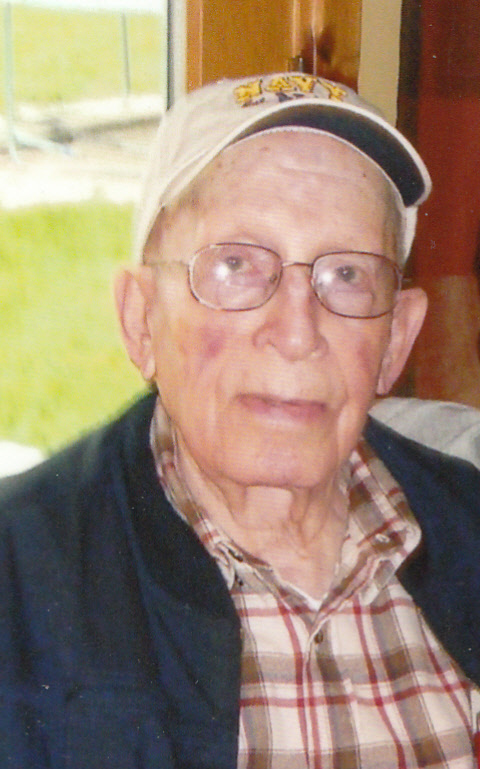 Lloyd George Heape, 95, went home to be with the Lord on Wednesday, September 26, 2019. He was born in Chelsea, Oklahoma and graduated from Oklahoma State University. He married Donna Lee “Connie” Converse in Oklahoma City, Oklahoma on May 30, 1950. Lloyd served proudly in the United States Navy as a signalman in World War II. He then had a long and fruitful career in the oil drilling and refining industry which took him and his family to several locations in the midwest and southern states. Upon his retirement he and Connie moved to the Springfield area. Lloyd was a loving husband, father, grandfather and great grandfather. He was proud of his Cherokee heritage and tried his best to get his children to learn some of the Cherokee language. He enjoyed Cardinals baseball, fishing, telling a good joke, spending time with his grandchildren, OSU Football, and many other hobbies. He was preceded in death by his wife, Connie, his parents, George and Effie Heape, his twin brother Floyd and his sister Lillian. He is survived by his five children, Melayne (Stan) Yocum, Wayne (Nancy) Heape, Tod (Janel) Heape, Gary (Gayla) Heape, and Bruce (Pam) Heape; six grandchildren, Shannon (Fredrick) Wolfe, Stephanie Yocum, Heather (Kevin) Smith, Kara Heape, Hunter (Josie) Heape, and Austin Heape; three great grandsons, Owen Heape, Wyatt Wolfe, and Ollie Smith; and one soon-to-be-born great granddaughter, Brynlee Danielle Heape. Visitation will be at 11:30 am on Tuesday, October 1, 2019 at the Greenlawn Funeral Home North. Burial will be at the Missouri Veterans Cemetery, Springfield at 1:00 pm (immediately following visitation). In lieu of flowers, memorial donations may be made to Canine Companions for Independence (cci.org) or a charity of your choice.