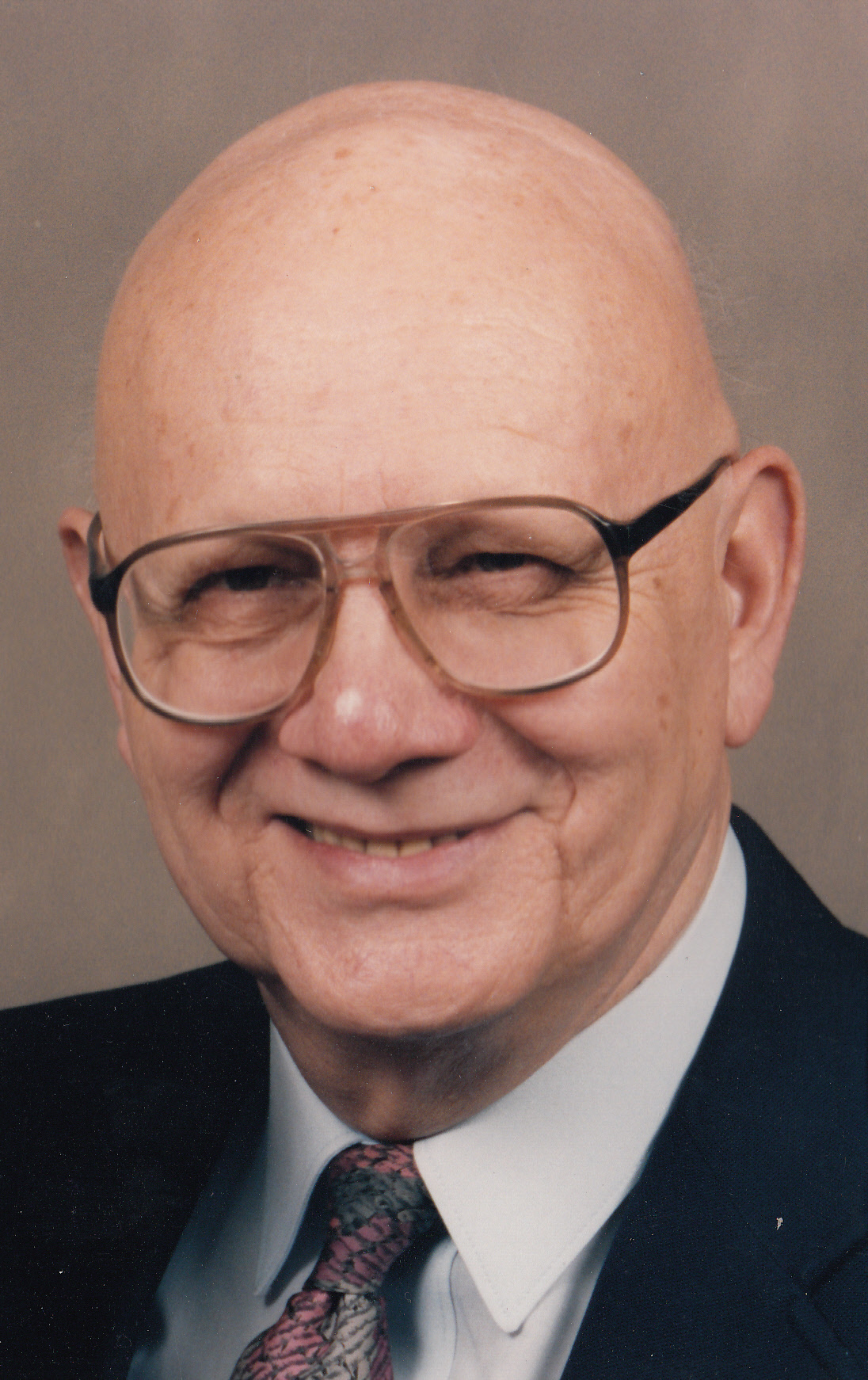 Lloyd Colbaugh went to be with the Lord on Friday, September 14, 2018. He was 96 years old.
Born and raised in Medford, Oregon, he attended Harvard University on a national scholarship. He met his wife of seventy-five years, Juanita Steelberg at Central Bible College in Springfield, MO.
After a brief time of ministry in North Carolina, they returned to Springfield where they resided for seventy-one years.
Lloyd was a talented graphic artist, designer, and author. He spent the bulk of his career doing layout and design for various publications at the Gospel Publishing House in Springfield and also David C. Cook Publishing of Chicago. Editors and artists he worked with counted on Lloyd for his creative ideas. When anyone couldn’t figure out a problem they would say, “ Call Lloyd, he’ll know what to do!” He had the rare ability to not only think of innovative ideas but could implement them as well.
Lloyd was a member of Central Assembly of God church for 71 years. He served in Children’s Ministries and appeared on the children’s television show Dr. Do as the main character.
He and Nita also served as volunteers at the Federal Medical Center in Springfield, ministering to those incarcerated for almost forty years. Lloyd authored the book The Gospel Behind Bars about ministry in prisons.
Lloyd leaves behind his beloved wife Nita and three children and their spouses; Dwight and Nancy Colbaugh, Debbie and Fred Mihm and Claudia and Doug Kramer; his treasured eight grandchildren and sixteen great-grandchildren, relatives and friends.
Lloyd was a man of keen intelligence, wit, and wisdom. He leaves a legacy of love, great faith, and service to others.
A memorial service celebrating his life will be held at 2:30 PM, Sunday, September 30, 2018, at Central Assembly of God. Donations can be made in his honor to Convoy of Hope at convoyofhope.org.