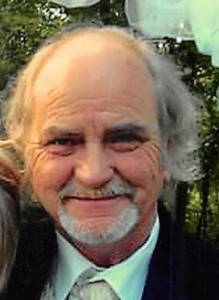 Lonnie Dale Casteel, age 60, of Fair Grove, MO, passed away Thursday, September 24, 2015 in his home. He was born August 7, 1955, in Springfield, MO, to John and Edith (McNish) Casteel. He served in the United States Army. Lonnie was united in marriage to Dana Lynne Ryan on November 7, 1981 in Fair Grove. Lonnie worked for Springfield Pallet Company as a truck driver. He enjoyed playing the guitar and harmonica, traveling and camping. The greatest love of his life was spending time with his family, especially his grandchildren. He was a member of the American Legion.
He was preceded in death by his father, John L. Casteel; one daughter, Jana Casteel; and one sister, Marilyn Casteel. He is survived by his loving wife, Dana Lynne Casteel, Fair Grove, MO; three children, Jessica Shelburn and husband Daniel, Nixa, MO Jonie Cox and husband Bryce, Fair Grove, MO; and Alex Michael Casteel, Buffalo, MO; two grandchildren, Bryson Cox and Lydia Cox; mother, Edith Peak, Springfield; two brothers, Eddie Casteel and Ray Casteel; one sister, Fern Casteel; and a host of family and friends.
Funeral services will be held at 1:00 p.m., Thursday, October 1, 2015, at Greenlawn Funeral Home North, Springfield, MO with Chaplain Clyde McClain officiating. Burial will be held in Mt. Olive Cemetery, Fair Grove, MO. Services have been entrusted to Greenlawn Funeral Home North, Springfield, MO.