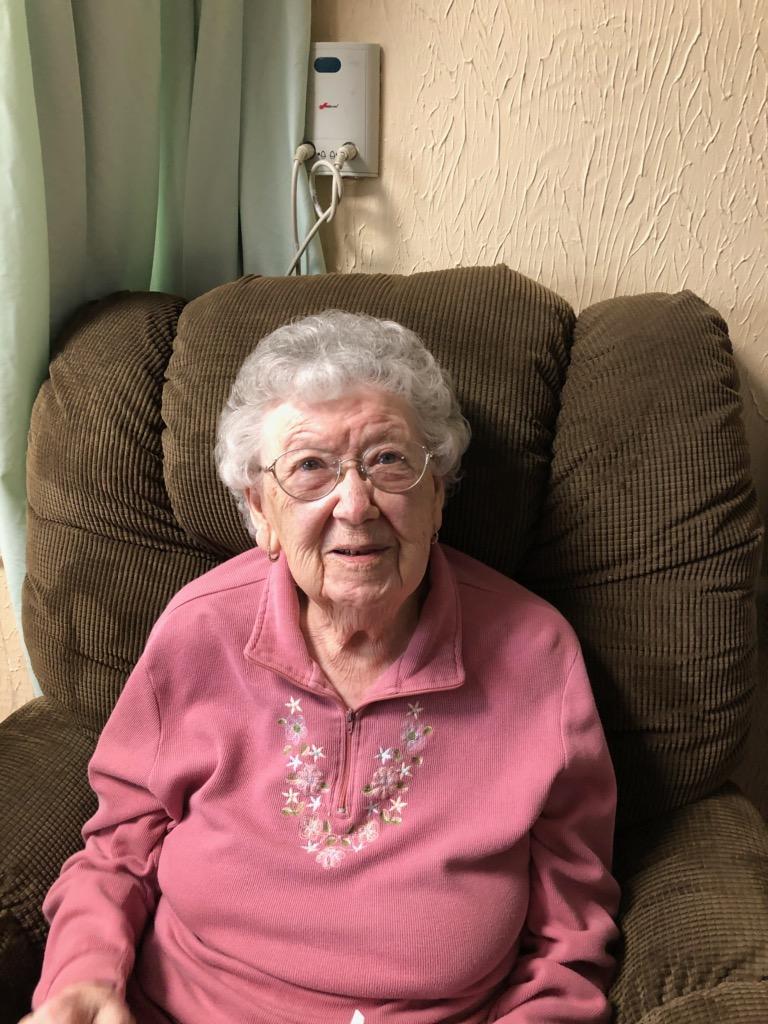 Lora Belle Kaisler was born May 2, 1929 in Shelbyville, Indiana, to Henry T. Crane and Maggie Griffey Crane. Her dad built houses and built the one she grew up in. She attended college 2 years, then attended Indiana Central Business College in Indianapolis.

In 1955, she married Robert C. Walker who preceded her in death. She was also preceded in death by her son Thomas Carl Walker in 2002.
In 1985 she married Anthony L. Kaisler. Together they become members of Second Baptist Church in Springfield, Missouri.

She lived in Indiana, Cuba, Illinois, and Rontoul, Illinois, before moving to Missouri in 1965.

In 1975 she began employment at Missouri State University as secretary to the Head of Physics and Astronomy Department, where she worked until her retirement. She enjoyed working with the students.

She and Tony had a camper permanently set up at Pittsburg, Missouri, near Pomme de Terre Lake. She loved going there with Tony! In later years they were able to spend their summers at the camper. During summers at the lake she attended Bethel Baptist Church in Hermitage, MO.

They loved being members of the Harmony Class at Second Baptist.

The last church she was able to attend was Crossway Baptist Church in Springfield, MO.