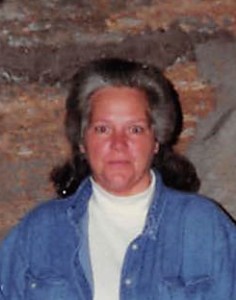 Funeral services for Loretta Scott age 62 of Hollister, Missouri will be held at 2:00 PM, Monday, October 5, 2015 at the Cedar Valley Church with Bro. Danny Call officiating. Burial will follow in the Cedar Valley Cemetery under the direction of Greenlawn Funeral Home in Branson.
She passed away October 1, 2015 at Point Lookout Nursing and Rehab in Hollister, Missouri.
She was born on November 29, 1952 at Harrison, Arkansas the daughter of Charley and Laura Gertrude White Scott. She was a lifelong resident of the area and had worked for many years in the laundry and housekeeping in motels. She was a graduate of Hollister High School with the class of 1970 and was of the Pentecostal faith. Loretta loved to read and put puzzles together.
Survivors are her father; Charley Scott of Hollister, three sisters, Leona Scott of Ridgedale, Missouri, Leola Carroll and Letta Carroll both of Hollister, two brothers, Leon Scott and Lonnie Scott both of Hollister, Missouri, twenty nieces and nephews and thirty eight great nieces and nephews. She was preceded in death by her mother, one brother, Leo Scott and a sister, Leota Eubanks.
Visitation will be from 3:00 until 5:00 PM, Sunday at Greenlawn Funeral Home in Branson.