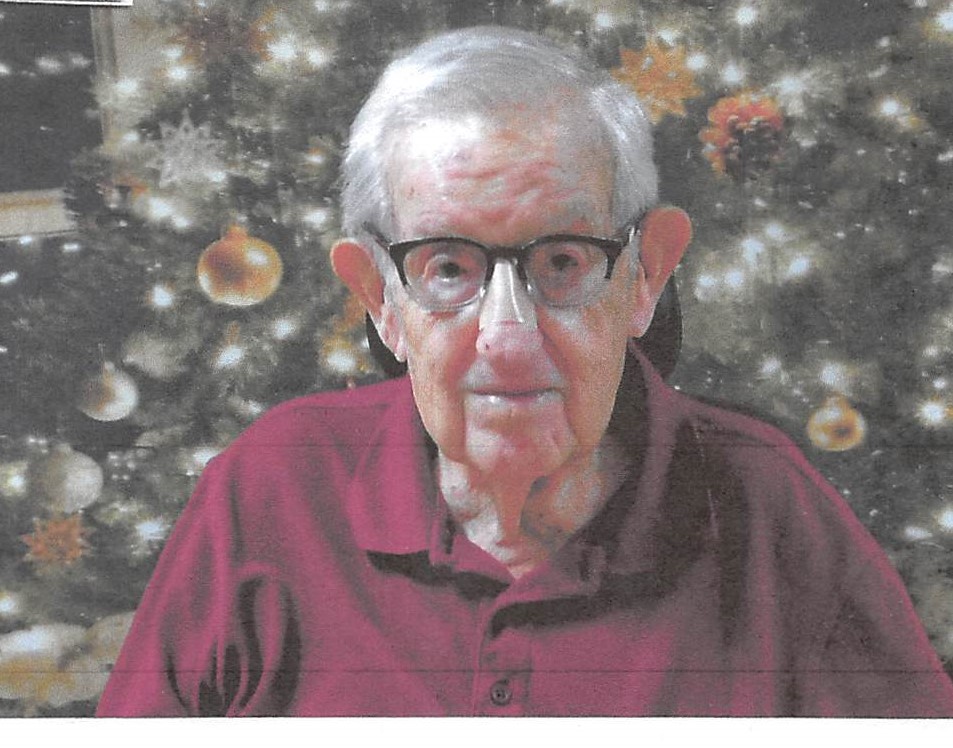 Funeral Services for Louie William Young age 97 of Hollister, Missouri will be held at 4:00 PM, Wednesday, December 23, 2020 at Greenlawn Funeral Home in Branson with Pastor Paul Michel officiating. Burial will be later at Missouri Veterans Cemetery in Springfield, Missouri.

He passed away on December 18, 2020 at Cox South in Springfield, Missouri.

Louie was born on January 28, 1923 in Arcadia, Missouri the son of Jeff Thomas and Dora Valentine Reed Young. He had worked as an inspector for the Brown Shoe Company, worked in a live bait shop, was a carpenter cabinet maker and also at Silver Dollar City. He had at one time been a Bible study teacher, church deacon in the Baptist Church. Louie was a U.S. Army Veteran of World War II where he received the Good Conduct Medal, Asiatic Pacific Campaign Ribbon with Three Bronze Service Stars, Combat Infantry Badge, American Theater Ribbon and Purple Heart. He was united in marriage to Helen Holliday Meade in 1947 and to this union was born two children.