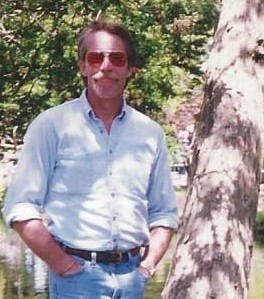 Louis Edward Ford Jr., 68, passed away on June 6, 2019.
He was born in Greensboro, NC and attended Appalachian State University in Boone, NC.
He and his wife, Barbara, lived in the Atlanta, GA area over 25 years before moving to Springfield, MO. Louis was a man of many talents and varied interests. He spent most of his career in the restaurant business.
Louis enjoyed several hobbies throughout his life; first and foremost was his love and appreciation of nature and the outdoors, including camping and hiking in the mountains. In recent years, he devoted much of his time to gardening, flowers and fishing. He was also an avid golfer, as well as a skilled woodworker, photographer, and candle-maker.
Louis was preceded in death by his parents, Louis E. Ford Sr. and Shirley (Flowers) Ford. In addition to his wife, Barbara, Louis is survived by his two sisters, Nancy Ford and Susan Ford of Greensboro, NC, stepson Jim Rawson of Springfield, Aunt Mary Margaret Major of Austin, TX, mother-in-law Grace Henson of Springfield, sister- and brother-in law, Betty Neal and Wes Weaver of Springfield; nephew David Summers of Juneau, AK, niece Leanna Day of Greensboro, NC, along with great granddaughters Krislynn and Kloi Little, great nieces Macy and Ruth Summers, great nephews Nicholas and Nathaniel Day, cousins and other extended family.
Special thanks to the kindness and compassion of the Home Health Care and Hospice nurses and others that supported Louis and his family in recent months.
In lieu of flowers, you may donate in his honor to the American Cancer Society, lung cancer research. https://www.cancer.org/involved/donate.html
A celebration of Louis’s life will be held Wed., June 12 from 5:00-8:00 at Greenlawn East Springfield. Family and friends are invited to stop by and share a story in remembrance.