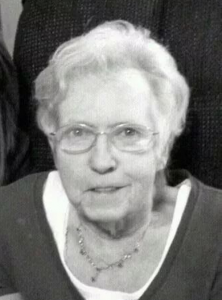 Mae Manning, 69, of Springfield, MO. passed away on November 29, 2014 in Springfield, MO. She was born October 15, 1945 in Everton, MO. to Alfred Hurd and Leona (Parnell) Hurd
She was preceded in death by her parents, daughter; Susan Tefertiller, two brothers; Alan and Clovis Hurd, sister; Sue Harle
Survivors include three sons; Gary Manning and his wife Vickey, James Tefertiller and his wife Kristian, and Floyd Manning; daughter; Amanda Choate; brother; Fabion Hurd, sister; Mary Moore, ten grandchildren, and one great-grandchild
Mae will be cremated and a memorial service will be at a later date.