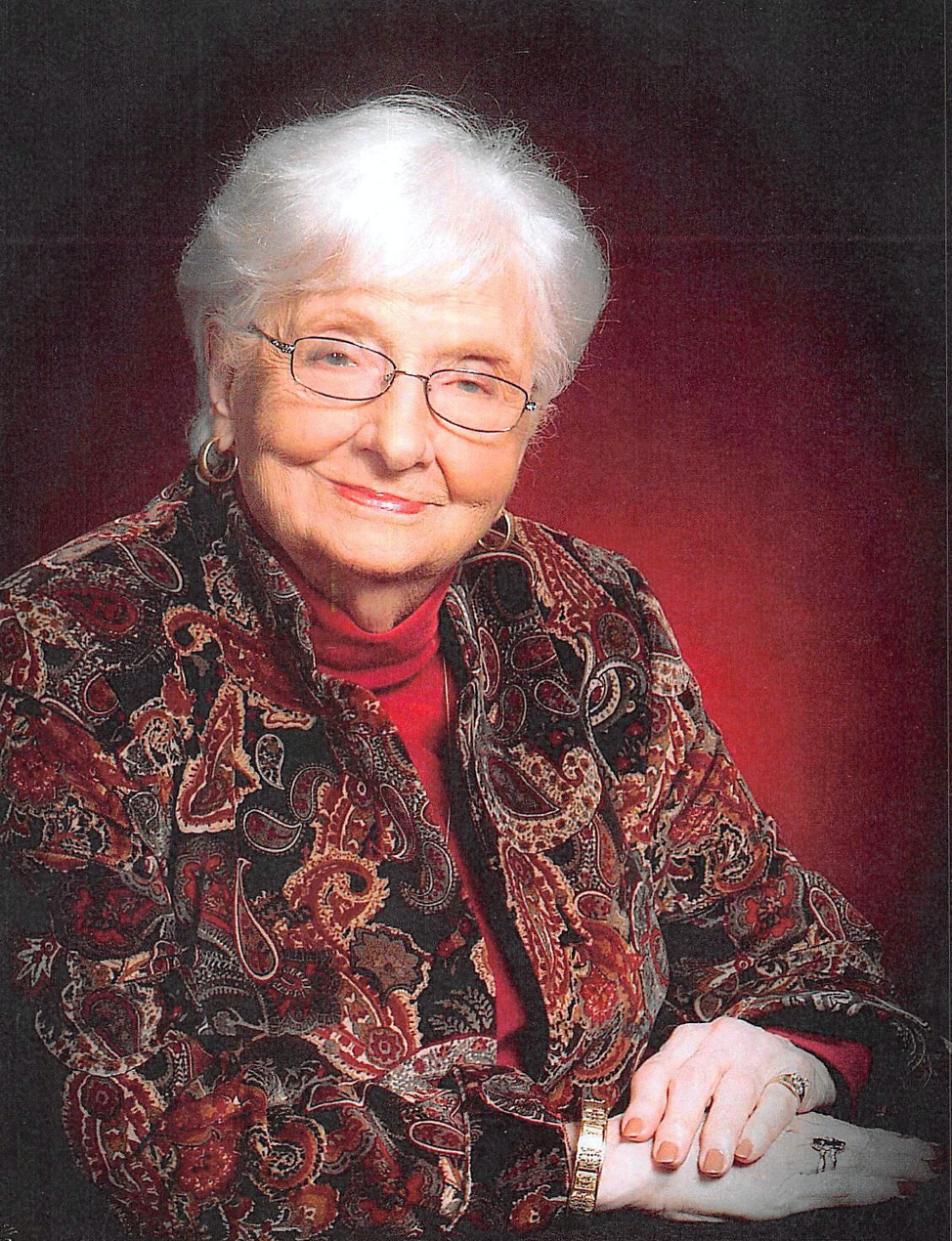 Marcella (Marcie) was born January 18, 1919 to Norman Williams and Elsie (Payne) Williams in Springfield, Missouri where she was a lifelong resident. She married Raymond H. Gieseke September 1, 1940 at Grace Lutheran Church in Bunceton, Missouri. Four children, Carolyn, Ray, Marsha and Pam were born to this union.
Marcella’s father passed away when she was 11 years old. During her Junior year at Central High School she quit to help support the family. Marcella began working along with her mother for the D.M. Oberman Garment Manufacturing Company. She was very proud of this decision which enabled her youngest brother Joe to finish his education.

She was an independent and modern woman for her time. While her youngest child was still in elementary school, she again helped her family by going to work in the cafeteria at Jarrett Junior High, followed by Parkview High School where her children attended. Marcella worked her way up as manager and eventually into administration with the Springfield Public Schools food service office, supervising several school cafeterias in Springfield. As she received promotions requiring her to travel from school to school she enlisted her sister, Dot, to teach her how to drive a car.
Marcella’s faith was an important part of her life. She was the longest living member of Trinity Lutheran Church in Springfield. For many years she was an active member of the Lutheran Women’s Mission League. She used her talents for hospitality to cook and serve many meals for funerals and special events at Church. She particularly enjoyed visits from Pastor Marler and Pastor Hagerman in her later years when she was unable to attend services.

Marcella was a lifelong St. Louis Cardinals baseball fan. She would talk about playing baseball “under the big lights” growing up and Stan Musial who played for a period of time in Springfield. She leaves a legacy for her family as being a loving wife, mother, grandmother, aunt and friend. She taught her family by example to love God and treat others with respect. Anybody and everybody were always welcome in her home. She loved chocolate, hot tamales, watching wrestling on Saturday night and Barry Manilow. For over 30 years she enjoyed her “Wednesday lunches” with her family and friends.

She was preceded in death by her parents, loving husband Raymond H. Gieseke, son-in-law Max Penner, brother Joe Williams and his wife Wanda and sister Dorothy Gothard and her husband Glenn. Marcella is survived by her daughter Carolyn Penner of Mountain Grove, Missouri; son Ray Gieseke (Terry) of Ballwin, Missouri; daughter Marsha Maples (Denzil) of Springfield, Missouri; and daughter Pam Vernon (Greg) of Batesville, Indiana. She also leaves behind 14 grandchildren, 27 great-grandchildren, many nieces and nephews, other relatives and close friends.

The family would like to express their sincere appreciation to the staff at Glendale Gardens for the excellent care she received during the past year. In addition, the family is deeply thankful and appreciative to caregivers Cathy Hull, Joanne Bradshaw and Darrah Collins who by their care, enabled Marcella to live in her own home until after her 100th birthday.

A visitation will be held at 10:00 a.m. Thursday, March 12, 2020 with a celebration of her life to follow at 11:00 at Trinity Lutheran Church 1415 S. Holland Springfield, Missouri. Burial to follow at Hazelwood Cemetery. Memorial donations may be made to the Trinity Lutheran Endowment Fund or the Lutheran Children’s Family Services. Arrangements are under the direction of Greenlawn South Funeral Home. Online condolences may be made at www.greenlawnfuneralhome.com

Donations are being accepted for: