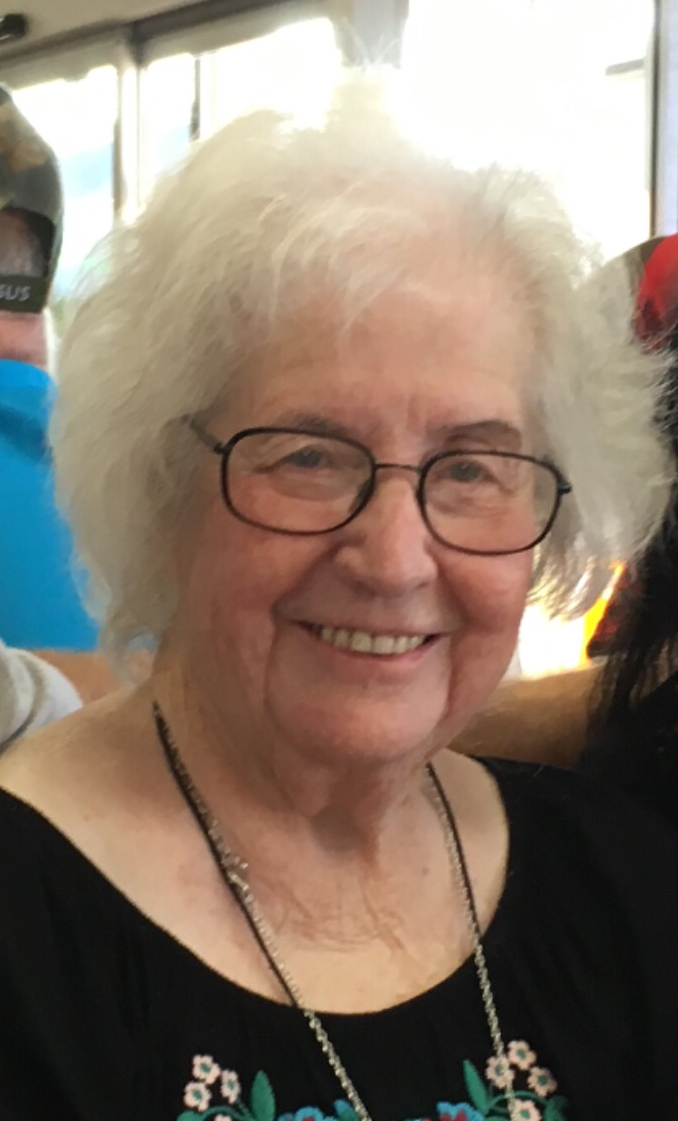 Peggy was born July 21,1926 in Boulder, CO to Martin Luther and Eva Lov Abernathy. She was a graduate of Central High School, Springfield.. She was united in marriage to Lawrence (Larry) Niemeier on February 20, 1947 in Springfield, MO. Peggy worked as a clerk for Frisco Railroad, until becoming a stay at home mother and wife. She was a member of Trinity Lutheran Church. Peggy was a very talented artist and writer. She enjoyed visiting and counseling her egg customers and friends. She was a loving wife, mother, grandmother, and great grandmother, who will be dearly missed. Peggy volunteered with the Red Cross.
Survivors include her two children, Gary Niemeier and Sharon Brayfield; two grandchildren, Jeremy Brayfield and wife Abby Gail and Teddy Brayfield; four great-grandchildren, Charlot Kay, Ella Gail, Beau Thomas, and Mason Dean; one sister, Barbara Rountree; ten nieces and nephews, Kay Murnan, Gerry Pierce, Judy Swanson, Paula Scheffer, Gail Linderman. Debbie Haseley Mark Abernathy, Bobby Abernathy, Patti Fraka, and Mike Rountree; and a host of family and friends. She was preceded in death by her loving husband Larry Niemeier; her parents; one brother Martin ( Mickey) Luther Abernathy; and one sister, Betty Pierce.