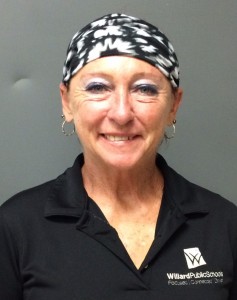 Maria E. Garland 61, Springfield, passsed away Sunday, November 15, 2015 in her home. She was born on October 6, 1954 in Springfield, to Eddie and Rose (Asher) Maples. She was a as a lead cook for several, years for the Willard Public School System.
Maria was preceded in death by her parents and two sisters: Sharon Millard and Christine Lee. She is survived by her husband of 16 years: David Garland, her two sons: Robert Dean Jones and grandson, Tyler and Johnathan Andrew Garrett and grandson: Jordan Garrett, grand-daughter: Samantha, and great-grandchildren: Ragan and Cayden, as well as her sisters: Dolores Siegrist, Gail Maples, Esther Holden, and Corenia Webb, and several nieces and nephews.
Memorial services will be at 3:00 p.m. Friday, November 20, 2015, in Greenlawn Funeral Home North. Visitation will be Thursday evening from 6:00 to 8:00 p.m. in the funeral home.