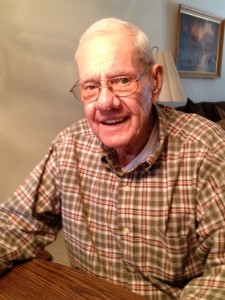 Marvin F. Scott was born October 8, 1934 in Rockbridge, Mo. Entered into rest May 13, 2015 surrounded by his loved ones, after a courageous battle with cancer. He was preceded in death by his mother Inez Irby and siblings, Rita Davis, Ralph Scott, Erma Forrest, mother and father-in-law Betty and Elmo Lindsey, and brother-in-law Bob Race.

Marvin worked most of his life in the petroleum business and was an owner and operator of Scott’s Conoco and with Bryant and Blout Oil Company. He was an avid sportsman, story teller and cattle farmer. Marvin’s first love was God, Family and his Church family at Antioch United Methodist. His last wish was to always be loved and never forgotten … And We Never Will.