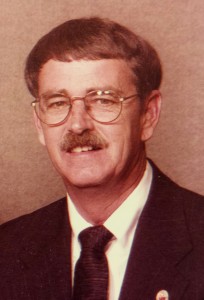 On April 17, 2016 Marvin escaped the grip of cancer and joined his Savior. He was born June 18, 1948, to Cleo (Reed) and Earnie Warden. He served in the Army for two years including a year in Vietnam with the 1st Infantry (mechanized.) After completing an accounting degree at SMSU, he began a 30 year career with Frisco/BNSF Railway where he was the TCU/BRAC union representative.

Marvin and Idella (McHan) celebrated their 47th anniversary March 30. His sons and precious grandchildren were his pride and joy! He loved traveling with his family and doing carpentry, repairing engines, or fishing with the boys. Marvin accepted Christ as a boy and made a covenant with God as a soldier in Vietnam.

A visitation/celebration of life will be held Thursday, April 21 from 7-9 p.m. at Hopedale Baptist Church, Ozark. A private funeral and internment will be at the Missouri Veterans’ Cemetery. Services have been entrusted to Greenlawn Funeral Home South.