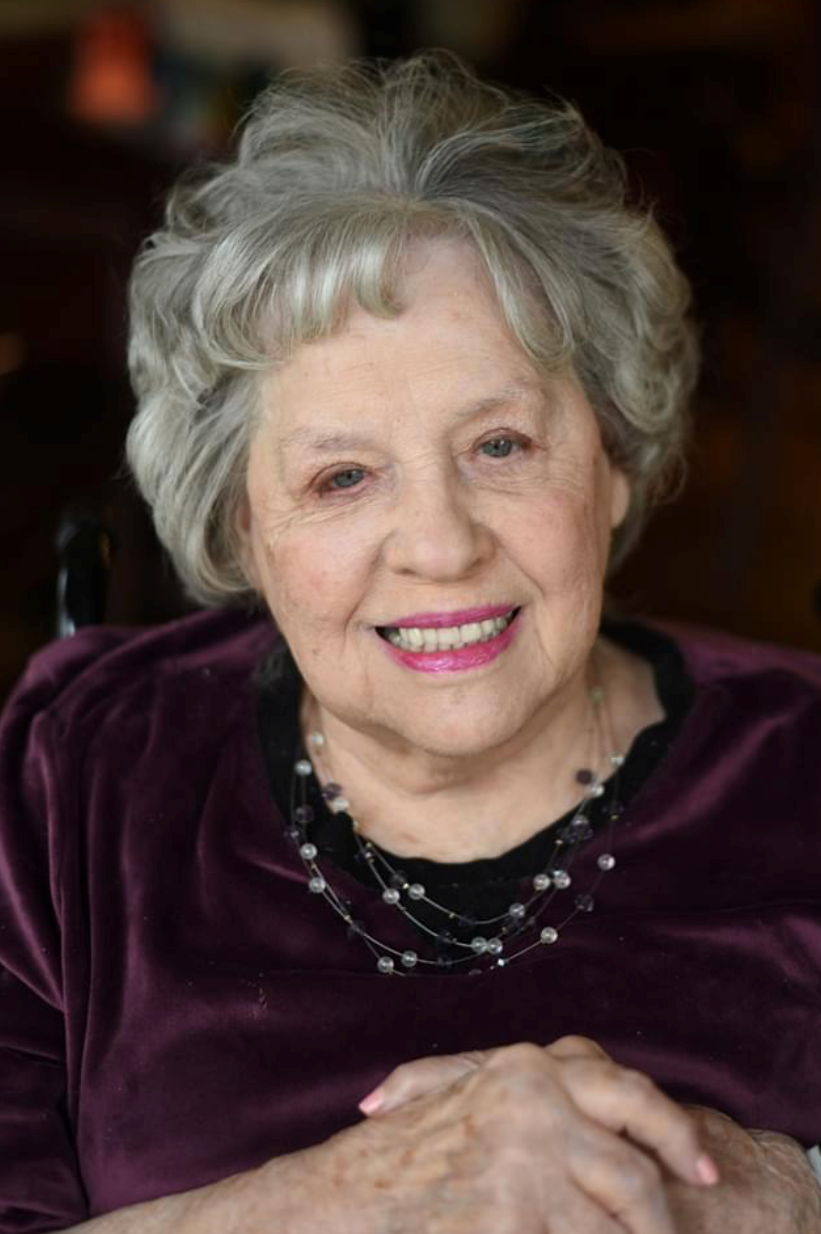 In lieu of flowers memorial contributions may be made in Mary’s name to Orchard Crest Baptist Church, 320 S Orchard Crest Ave, Springfield, MO 65802.

Mary McCullough Turner, 86, of Springfield, was released from her suffering and departed this world for a better one, shortly after 1:00 p.m. on Monday August 17, 2020. Mary was born December 16, 1933 to Ernest and Lena McCullough. She was the third McCullough daughter and would be followed by two additional sisters. Mary retired from teaching, after enjoying a  career spanning 36 years, primarily with the Springfield R-12 district. She was an active member of Orchard Crest Baptist Church.

Mary was preceded in death by her parents, her husband Joe Dean Turner, and two sisters, Dorothy Goodwin and Delores O’Neal, as well as many other relatives and friends.

The family will hold a graveside service at 11:00 a.m. on Friday August 21 at White Chapel cemetery on West Division in Springfield.

We are all saddened for our loss, but grateful that Mary is no longer suffering.

In lieu of flowers, the family requests that donations be made to Orchard Crest Baptist Church Ministries.

On a cold December Saturday, December 16th, 1933, Mary Agnes McCullough was born into the growing family of Ernest and Lena McCullough. She was born at home, and became the third McCullough daughter.

History tells us that 1933 was the worst year of the Great Depression. Unemployment in the United States was over 25%–1 in 4 Americans did not have a job, and while tens of thousands took to the roads and the rails looking for work, there was little to be found. Many were fleeing the dust bowls created by the continuing drought in the Midwest. People were pulling what money they did have out of the banks, causing the government to bail out the banks with the US Banking Act of 1933. A new house could be purchased for an average of $5,750, but the average wage, for those who could find jobs, was $1,550 per year. It didn’t matter that a loaf of bread was only 7 cents—if you didn’t have 7cents.

So baby Mary was born into a world of adversity, but a Christian home filled with love. Her family would welcome another daughter before the depression was ended due to the 17million unemployed who were given war time jobs in WWII.  And they would greet a fifth daughter just as the war was ending. This, of course, made Mary the “middle” child. We sometimes teased her about being the middle child, and read her articles about the trials and tribulations of “middle” children. She just laughed. She said she had two older sisters for hand-me-downs, and bad advice, and two younger ones to pick on!

Mary may have picked on her younger sisters, but she did not let anyone else pick on the younger or the older. When Mary and her sisters were still in grade school, a bully began tormenting her older sister, Dee, as she walked home from school. Mary hid in a ditch and jumped out at him as he came into view. With harsh words and threats, and a few good punches, she convinced the bully that he did not want to pick on any of the McCullough girls.

Dee walked home from school without incident after that day.

Mary was “feisty”. Her first job was as a carhop at Taylor’s Hamburgers—it still exists today—and there she met a handsome young man named Joe Turner. Not long after, she ran away to Arkansas and married him. Many thought they were too young, and the marriage wouldn’t last, but it lasted in excess of 50 years, until Joe’s death.  They welcomed a daughter, and later two sons, and created their own Christian and loving family.  Mary and Joe did not always have an easy time of it, but Mary kept finding ways to make things better. She went to college after she had children and became a teacher. She persevered until she earned a Master’s in Education and built a career that lasted 36 years. She loved teaching, and she loved her students. If she should run into a former student, even after she retired, she still knew them and was glad to hear where live had taken them. She loved her career and she loved her family.

One thing Mary did not love, however, was her middle name. Our dad gave Mary the middle name of Agnes, after his own mother. She often lamented that he should have given his mother’s name to the first born, or at least the second! Why her, she asked! If she had to write Mary A Turner, and someone asked what the A stood for, she would say “Ann”, but then she couldn’t help but laugh and admit that it was Agnes.

Mary did love to laugh—she loved to have fun. Any of us could step into Mary’s house and say, “let’s go, Mar!” She would grab her purse, head out the door, and only ask, “where we going?” after we were in the car. It was usually a short trip, off to play Bingo, or pick up something at the mall, but she loved to be with her family, doing things together. She loved having Thanksgiving at her home, and she wanted as many as could to be there—the more the better!

In the last chapter of Mary’s life, she began to lose some of herself. We were so sad to see that she had to fight to remember, and unsuccessfully. But when she couldn’t recall our name, or an event that we tried to remind her of, her eyes still sparkled when she would see us. We believe that in there somewhere, she knew us, not by name, but she knew that we were people who loved her, and that she had loved us.

We are so sorry that our Mary had to leave us, but we rejoice that she has joined those who went before her, and she no longer suffers.

Fly high, sweet Mary, and find the ones you loved.

In lieu of flowers memorial contributions may be made in Mary’s name to Orchard Crest Baptist Church, 320 S Orchard Crest Ave, Springfield, MO 65802.