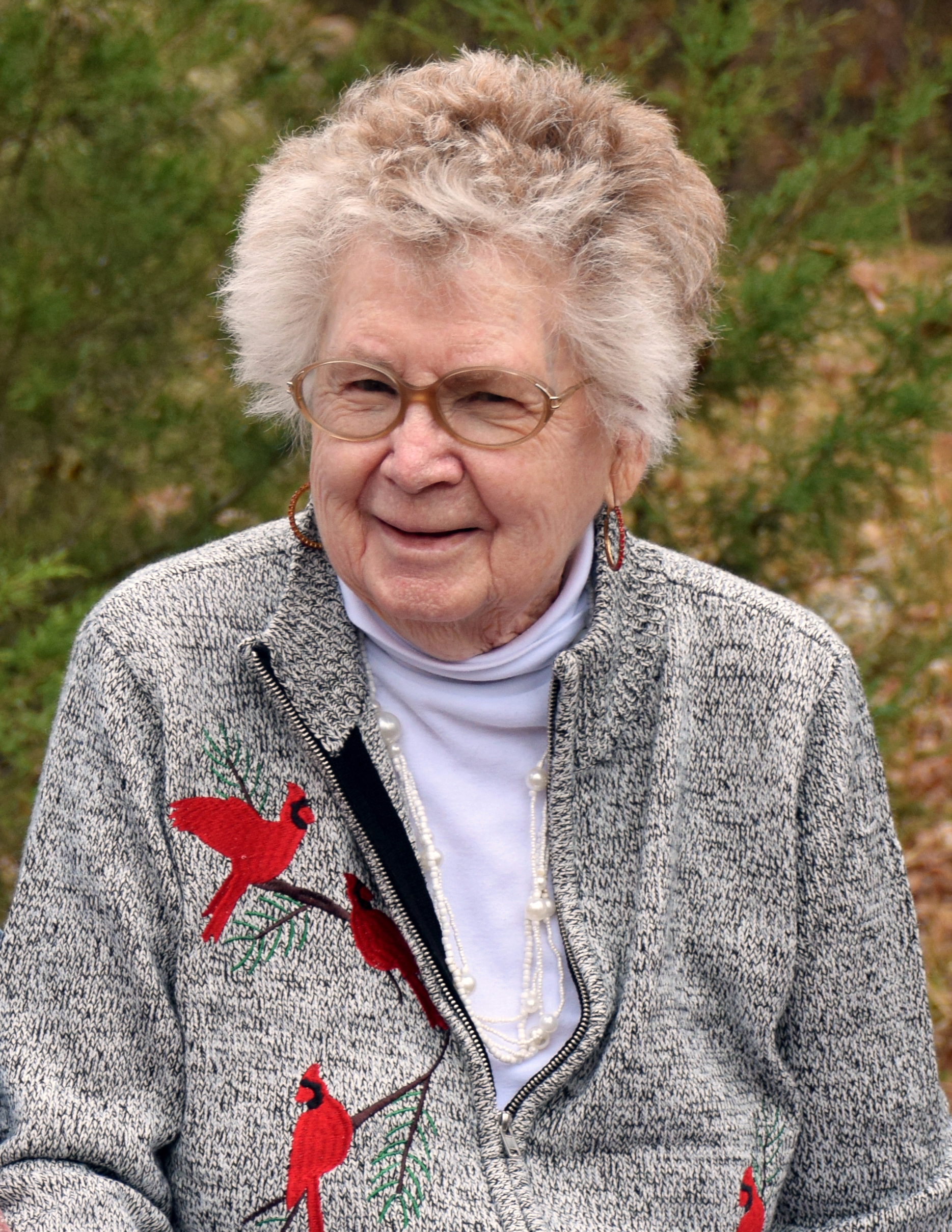 Mary Leona Wagner, 96 years of age, resident of Springfield, MO passed to her heavenly home on Thursday, December 10, 2020. Mary was born in Ash Grove, MO on August 22, 1924. Mary was born to George and Maggie Trams, Ash Grove, MO. She had two brothers and three sisters.

Mary was married to John Wagner on June 12, 2009. They had both lost previous spouses and were happy to find companionship in their 80th decade of life. Mary and John attended St. Joseph’s Catholic Church until they moved into Maranatha Village in 2017.

Mary was self-employed for most of her working career. She had many hobbies, she loved cats, dogs, bowling, Bingo and writing poems. Mary also loved to fly; she had her pilot’s license for several years.

Mary is survived by her husband, John L. Wagner and two stepdaughters from a previous marriage – April (Stanley) Hech and Joann (Stanley) Jefferson. She is also survived by stepsons and daughters, John and Gail Wagner, Bill and Dianne Wagner, Margaret and Monte Skinner, Mark and Stella Wagner, Susan Ricketts, Steven and Patricia Wagner, and James and Jolene Wagner. She was also blessed with 27 grandchildren and 33 great grandchildren. During their marriage, they gained an additional 30 great grandchildren and beginning to add great, great, grandchildren. She had numerous nieces, nephews, family and friends.

There are no plans for a formal service. Family will be having a private service. Greenlawn North is handling the final arrangements.