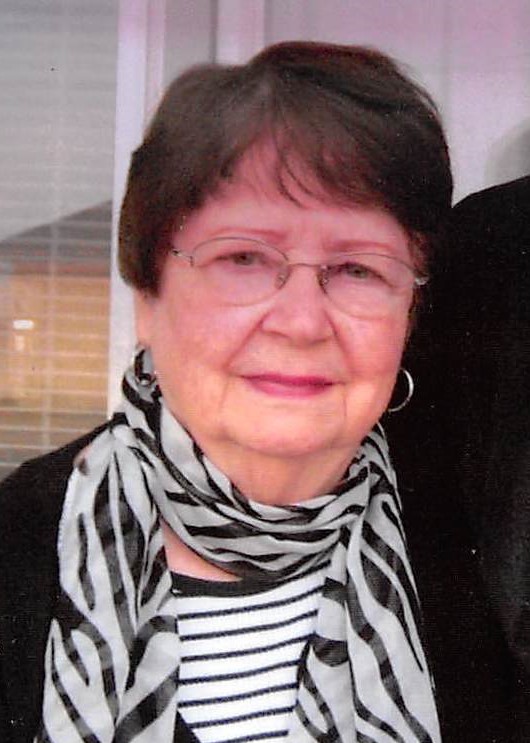 Mary Lou was born in her home in Turners, MO as Mary Louise Turner on January 19, 1932 to Otto H. and Ethel B. Turner (Mooneyham).

She was the 7th of 10 children and was very proud of her Turner lineage. Mary Lou, or Lou Lou as she was called by her beloved nieces, was a woman of family and faith, and lived her life based on those unbreakable values and strong morals – although she couldn’t resist catching you off guard with a silly prank or the occasional dirty joke. She embraced her ornery side and claimed it as a birthright of her Turner heritage.

In 1950 when she was 18 years old, she met the love of her life, Mr. Robert (Junior) McDonald (also known to many as Uncle Bob). He swept her off of her feet when after a long hard day of working at the local service station, he took her on a date to the drive-in movies, and fell asleep. However, his charm must have overshadowed his narcolepsy, because months later, on March 3, 1951, they were married. 69 years later she still called him her “sweetheart” and always made him grin.

Their honeymoon was cut short when Robert was drafted to serve in the military, and they moved to California where he was later deployed to Korea for the war while she worked as a live-in nanny for a family in Paso Robles.

Homesick for her own family in Missouri, they returned to Springfield, and eventually built their house on the corner in Strafford, Missouri, where they happily spent the next 47 years making a home.

Mary Lou was a homebody and loved the outdoors. She spent many Sundays after church back at her old home in Turners with her mother and siblings, where they would get together and play music and just enjoy each other’s company. She loved spending free time fishing and camping at the lake with Bob. She enjoyed nature and tending to her flowers. She spent most mornings watching the birds they housed and fed religiously. What she loved most, though, was cooking and taking care of her family. Although she had no children of her own, she was a very special Aunt to her nieces Valerie, Melissa, MaKayla and Megan to whom she became a mentor, a comforter, a Mother, a Grandmother, a caretaker, and a friend – and whom she loved fiercely.

Mary Lou was preceded in death by her Father Otto and Mother Ethel, as well as her siblings: Jamie, Lawrence, Blanche, Cecil, Clarence, Lucy, Sammy and Marvin. She is survived by her beloved husband Robert, her sister Lois, and numerous nieces and nephews.

She will be deeply missed.

Mary Lou wanted you all to know that she is in her eternal home with the rest of her friends and family and while she will miss all of you very much, she expects to see you all in Heaven one day. This isn’t “goodbye”. It’s “until we meet again”.