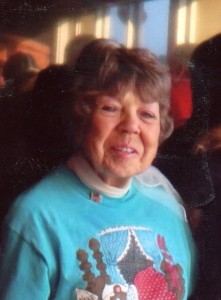 Maxine Morelock, age 79, of Springfield, passed away on Sunday, November 9, 2014 in her home. She graduated from Clever High School then attended SMS for one year. She work as a secretary at numerous jobs and attended South Haven Baptist Baptist Church for several years. Her favorite thing to do was go to the Branson Music Shows. Maxine is preceded in death by her father, John C. Hawkins, mother, Ethel R. Hawkins, sister, Virgie Bussard, brother, Archie Hawkins and sister, Reathel Bacon. She is survived by nieces, nephews and a host of other family and friends. Funeral services will be on Friday, November 14, 2014, at 2:00 p.m. in Greenlawn Funeral Home South, with burial following in Manley Cemetery. Visitation will be on Thursday, November 13, 2014 from 6:00 to 8:00 p.m. in the funeral home. In lieu of flowers, donations can be made to the American Diabetes Association or The American Cancer Society.