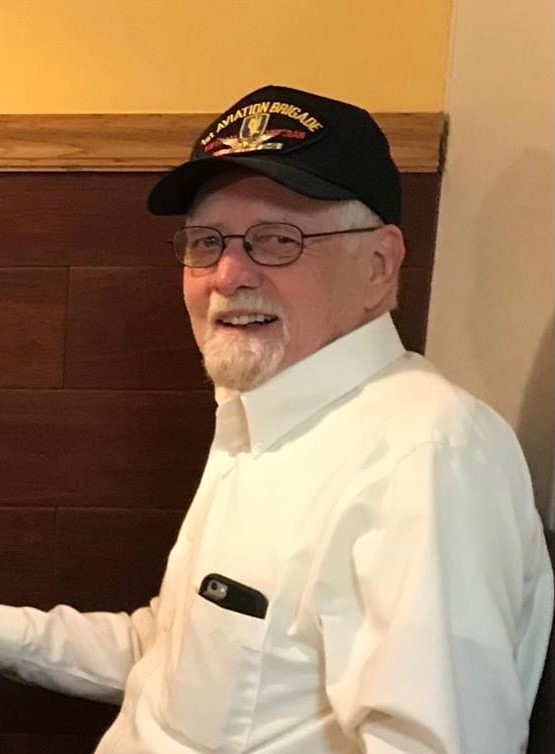 Michael “Mike” Bramel, 71, passed away peacefully at The Missouri Veterans Home in Mt. Vernon, MO, on February 20th, 2021. Mike was born on August 11, 1949, in Waynesville, MO, to Robert Ernest Bramel and Dorothy Bramel-Hetherington and raised in Newburg, MO.

Mike was passionate about his service to his country. At an early age, he followed his heart and enlisted in the United States Army on July 18, 1967. For three years, Mike served as an Army Specialist Mechanic and Repairman. His tour of duty in Vietnam was from January 6, 1968, to January 5, 1969, with the 176th Aviation Company (Assault Helicopter), 2nd Flight Platoon as a Huey Crew Chief and Door Gunner. Mike was Honorably Discharged on August 12, 1970, and earned the following awards and decorations: National Defense Service Medal, Vietnam Service Medal, Vietnam Campaign Medal W/60 DVC, two Overseas Bars, Expert with M-16, Sharpshooter with M-14 and Air Medal/9th Award.

Mike was a member of the Lions Club and once was an active member of the Kansas City Chapter of VietNow. He loved his prized special edition Harley Davidson Ford-150 truck, cars and motorcycles, watching sports and old military movies on TV, flying helicopters and airplanes, and playing pool at Side Pockets in Lee’s Summit, MO.

Mike is preceded in death by his father, Robert Ernest Bramel, and his maternal grandparents, Grover and Thelma Helms.

Mike is survived by a son Michael Bramel of Kansas City, MO; and a daughter Melissa Taylor (Jamie) of Lee’s Summit, MO; and three grandchildren Violet, Lincoln and Hazel Taylor. He is also survived by his mother Dorothy Hetherington, his two brothers Robert Bramel (Helen) and Kevin Bramel from Republic, MO, his nephew Bobby Bramel (Michelle) of Nashville, TN, and his nieces Chanda Dunning (Brian) of Gulfport, FL, and Connie Bradley (Mike) of Republic MO.

A visitation will be held at Greenlawn East Funeral Home on Thursday, March 4, at 12:30 pm followed by the funeral at 1:30 pm. A graveside service will be held at the Missouri Veterans Cemetery at 3pm for immediate family only.

In lieu of flowers, the family suggests a donation be made in Mike’s honor to Hope for the Warriors.