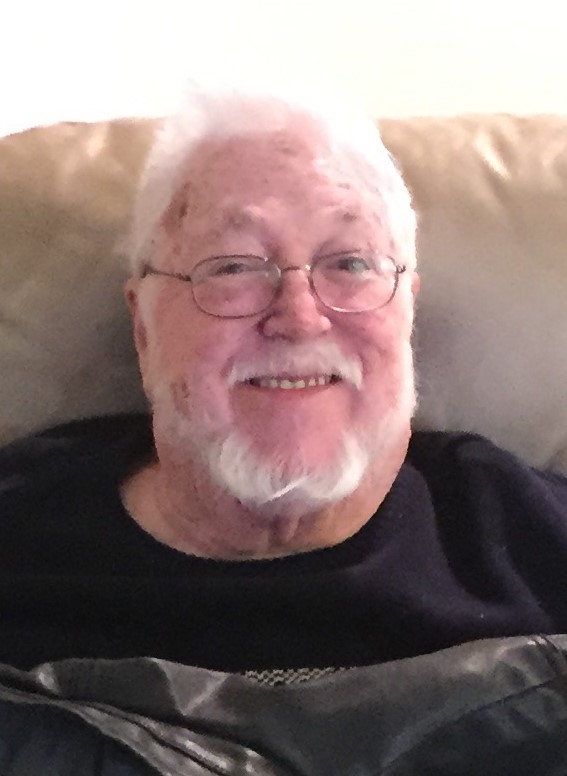 A private graveside service for Mike will be at Missouri Veterans Cemetery with full military honors under the care of Greenlawn Funeral Homme East.

Michael “Mike” Hoffman, age 75 of Springfield, MO, died on October 10, 2020. Born April 15, 1945, Mike enjoyed bragging that his birth scared Adolf Hitler so much, that Hitler immediately surrendered. Mike was quite a storyteller and loved to make people laugh. His love for God showed in his love for people.
Born and raised in Springfield, Mike grew up going swimming at Grant Beach, and he liked to brag that he was an alum of Central High School. Mike lived in Springfield his entire life, with the exception of the time he spent serving in the Air Force, including a tour during the Vietnam conflict as a firefighter on Guam. After returning home, Mike re-enrolled at Southwest Missouri State University, where he ultimately graduated with a B.S. in Marketing. While at SMSU, Mike met “a pretty little red head” who would later become his wife. Mike went on to work in the general office of Meeks Building Center for the last several decades of his career. After retirement, Mike graciously helped his mother-in-law with errands and picking up her groceries, while also taking care of the pets of the house, including his own dogs, Snick and Gizmo, and his grand-pup, Hairy.
Mike is survived by his loving wife, Pauline Hoffman of Springfield, his daughter, Michelle Hoffman of Springfield, his brother, Charles Robert Hoffman (Charlotte) of Bentonville, Arkansas, and his sister, Beverly Beckmeyer of Springfield, as well as numerous extended family.
Services are under the direction of Greenlawn Funeral Home East, with private graveside services at Missouri Veterans Cemetery.
In lieu of flowers, the family asks that contributions be made to Mike’s long-time church, Campbell United Methodist Church, or the Alzheimer’s Association, which provided support and resources during Mike’s battle with Alzheimer’s.

A private graveside service for Mike will be at Missouri Veterans Cemetery with full military honors under the care of Greenlawn Funeral Homme East.