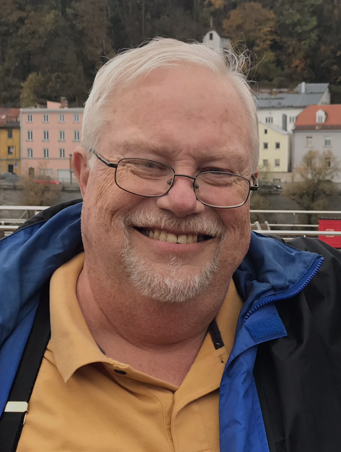 Michael Wayne Howell of Branson and Springfield died from complications of COVID-19 on November 17. He was 75 years old.
Born in Nashville, TN, on September 14, 1945, Michael attended Nashville public schools and graduated from Vanderbilt University in 1967 with a commission as a second lieutenant from the U.S. Navy, after completing the Naval ROTC program.
He spent the next four years in the Navy, serving on a heavy cruiser and a destroyer during two tours of duty in Vietnam. After his return to the States and his discharge from the Navy, he attended the University of North Carolina at Chapel Hill, earning both a Master’s Degree and a Ph.D. there.
He also studied in Paris for a year, researching the French Revolution, which was his principal field of study. Michael often joked to his friends that he might not know much about what was going on in today’s world, but, ask him any question about life in France between 1789 and 1793, and chances are he could answer it.
Michael’s field of study took him to teaching positions at several colleges, including Northwest Community College in Mississippi, Davidson College in North Carolina, and St. Olaf College in Minnesota.
In 1984, he came to College of the Ozarks, where he taught European History until his retirement in 2014. He was known as a firm but fair professor, adored by older, more serious students and at the same time striking fear into the hearts of many freshmen.
Michael loved to travel, especially in Europe, and he took numerous groups of students to the Netherlands and Scotland and on an especially memorable World War II odyssey where he and a group of students visited Dunkirk, Normandy, Bastogne in Belgium (site of the Battle of the Bulge), Amsterdam, and Paris.
In addition to travel, he loved his friends and family, his pets, classical music and opera, watching sports, eating good food, and sampling different single malt scotch whiskies.
He was predeceased by his parents Homer and Theda Howell, his brother Ronnie and sister Janice, all of Nashville. He leaves his son Matthew of Seattle, WA, his longtime partner Charlotte Dugan of Springfield, MO, and Bloomington, IL, and her daughters and grandchildren, and a host of good friends, including in particular Steve Kneeshaw, David Dalton, and Michael Jones, all colleagues at College of the Ozarks.
Michael’s family and friends extend their gratitude to all of the dedicated doctors, nurses, and caregivers who gave him care and support over the past two years, especially the staffs at Springfield Rehabilitation and Health Care Center and Cox South Medical Center in Springfield.

A Celebration of Life Service will be held at 1:00 PM, on Saturday, December 12, 2020 at Greenlawn Funeral Home in Branson, MO, with interment to follow in the Missouri Veterans Cemetery in south Springfield at a later date.
An online guest book is available at greenlawnfuneralhome.com