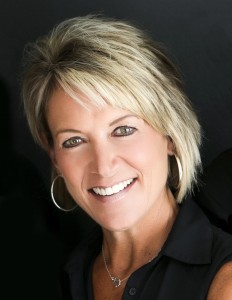 Michele Diane Kiser, long time business woman and President of Advertising Plus entered her heavenly home on January 1, 2015.
Michele was born on July 1, 1961 in Lebanon, Missouri to Gerald and Wanda Carr Knight. She attended Joel E Barber Elementary and Middle schools plus Lebanon High School where she was a star athlete. She went on to SMSU to receive an associate degree and was a member of the Alpha Sigma Alpha sorority. Michele started Advertising Plus in 1989 and built it into a very successful business respected by all that she worked with.
Michele made a profession of faith at a young age and was baptized at Tabernacle Baptist Church. She and her family attended Fellowship Bible Church.
On May 20, 1989 she was united in marriage to Marc A. Kiser and together they raised one child, Mitchell Kiser. They were the epitome of a classic couple and often in the public eye. They loved life and enjoyed sharing laughs with friends and family through their 25 years of marriage.
Michele was well known throughout the community. In 1992 she was a runner up in the Mrs. Missouri pageant. She also served on many boards including the Breast Cancer Foundation of the Ozarks and the Price Cutter Charity Championship. She will be recognized by the Missouri Sports Hall of Fame on January 25 of this year with the Founders Award. She was a tireless volunteer for countless organizations including Relay for Life/American Cancer Society, Help Give Hope and many more, too numerous to list. She was very generous with her time and money to countless organizations. In addition to all of her civic volunteering she was always involved in the schools Mitchell attended and was quick to volunteer for anything. She worked as Homeroom Mom’s, Field Trips Chaperon, Concession stands, PTA, yearbook, and various school fundraisers and events. She was currently serving as President of the Kickapoo High School Boy’s Golf Team Booster Club and was looking forward to Mitchell’s senior year. She walked many miles following Mitchell in his golf tournaments. She was so proud that Mitchell signed to play golf for Drury University this fall.
She was proceeded in death by her father Gerald Knight and sister Kim Knight.
She is survived by her husband Marc Kiser and son Mitchell Kiser of the home, her Mother Wanda Carr Knight, two Brothers, Steve Knight and Wife Beth, Jeff Knight and Wife Amy, all of Lebanon, Missouri, Father and Mother-in-law; John and Peggy Kiser, Sister-in-Law Holly Muns and Husband Terry all of Springfield. Numerous nieces, nephews, great nieces, a great nephew who all adored her and a host of dear friends.
Michele treasured her friends and family as they did her. Not only has the family suffered a great loss, so has the Springfield community. Our loss is Heavens gain.
Memorial services for Michele will be at 1:00 P.M. Monday, January 5, 2015 at Greenlawn Funeral Home East.
In lieu of flowers the family request that contributions may be made to The Breast Cancer Foundation of the Ozarks 330 North Jefferson, Ste. B Springfield, Missouri 65806