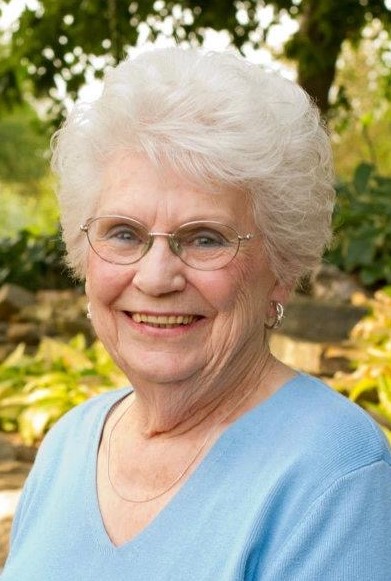 Mildred Ivon Chaffin Smith, age 99, passed away from the effects of stroke on Monday, March 16, 2020. She is survived by five children: Anne (Jim) Jones, Marti Smith, Ed (Linda) Smith, Linda (Keith) Kirchner and Randy (Theresa) Smith and two brothers, Ray Chaffin and John Chaffin. Also surviving are 11 grandchildren, 19 great grandchildren, 1 great-great grandchild, many nieces, nephews and friends.  Due to the Coronvirus, a private burial will be at Roller Cemetery. A Celebration of Life ceremony will be scheduled for August near the 100th anniversary of her birth. For further information about Mildred’s amazing life please go to greenlawnfuneral.com

Mildred was born on August 11, 1920 on a farm 5 miles south of Rogersville, Missouri in rural Christian County to James Newton Chaffin and Alice Potter Chaffin, the second of seven children. She is proceeded in death by an infant son, her husband RV, her parents and four of her siblings: RL (Ranford) Keltner, Luann Wolfe, Willard (Jim) Chaffin, and Wayne (Jack) Chaffin.

During her growing up years, she helped her mother cook for their big family, bringing water from the spring a quarter of a mile away for drinking and cooking, as the farm house had no indoor plumbing or electricity. She helped milk cows by hand and make lye soap out of rendered lard during hog butchering days. She and her brother RL several times walked five or six miles to help people shear sheep. She worked tirelessly in the large garden, helping her mother can vegetables and fruit and sometimes meat. She was consistently a hard worker throughout her life. This also carried into doing things for others and making sure that they had enough. As her brothers and sister married, they had large family gatherings that were loving, noisy and fun. She dearly loved her brothers and sister and their spouses and all their children, enjoyed being with them every chance she could.

She attended Elm Grove School through the 8th grade, where she recalls walking across the fields to school with her siblings and sometimes stopping at a creek to pick watercress. She also was a member of Elm Grove Methodist Church. She graduated from Sparta High School in 1938. As valedictorian of her class, she received a scholarship to Draughon’s Business College and took correspondence courses for a year.

Mildred married Royal Victor (RV “Vic”) Smith in 1939. They lived in north Springfield for a few years then settled in Galloway in 1948. Vic was president of the School Board when the small schools in the area were reorganized into Kickapoo Elementary School (later Disney Elementary.) Vic died in a tragic accident in 1951, and Mildred became a widow at 30 with four children aged 10, 7, 4, and 2. She valiantly cared for the children during this devastating time, and her extended family was a source of strength for her as she raised four children. She later remarried and had a son in 1957. She and her second husband divorced in 1991.

Mildred was a member of Galloway Baptist Church for years, and then joined South Haven Baptist Church in 1960, where she remained very active there for the rest of her life, including leading her Sunday School prayer chain for many years.

She worked with her husband in the insurance business for years. In 1972 she was introduced to Shaklee Natural Nutritional Supplements and, as she found that they greatly improved her health, started a Shaklee business. For almost 50 years, she built this business into a very successful enterprise, achieving numerous awards including multiple times in Shaklee One Percent Club for top 1% sales leaders in the nation and “Million Dollar Club” for business leaders who earned $1,000,000 in their Shaklee career. Over the years, Mildred earned travel to company trips and conventions in many national and international locales, including Hawaii, the Bahamas, Acapulco, Montreal, Monte Carlo, Switzerland, Madrid, Barcelona, Munich, Vienna, London, Paris, Brussels and Luxembourg.

Mildred joined Springfield’s Executive Women’s Club in 1983, and helped shaped its direction, serving as President once in the early years. She was nominated for Springfield’s Executive Woman of the Year in 2006. Her best friend, Paula O’Donnell, remembers that everyone looked up to her as an elegant and gracious role model, a successful businesswoman who always wanted to learn something new. Mildred attended club retreats for years, and Paula remembers that one retreat had an Alice in Wonderland theme. Mildred was the white rabbit and hopped across the stage with a huge bunny tail, saying “I’m late, I’m late, for a very important date.” The members found it very funny because she was never late!

Mildred lived independently in her home until the end. She retired from her Shaklee business only three years ago. She read the newspaper from cover to cover her whole life. She loved to be informed and always ready to learn new things. She got her first computer at 78 and did all her business orders and inventory on it from then on, joining Facebook to follow all her children’s and grandchildren’s happenings. She loved maps and when her globe-trotting family was off on a new adventure, she would get out her world atlas and “travel” with them. Her mind was sharp, in fact she had just completed her personal and business income tax preparation on the morning of her stroke.

Mildred loved her family so much. All the family could expect a “Give me a bear hug!” every time we arrived and left. As one granddaughter said of Grandma: “So much joy. So much care. So much compassion. So much delightful grace! She had an amazing gift for truly making each person feel like the most important person in the world. She modeled what a true servant of Christ looks like and what it means to be a sharp, smart, and sophisticated woman.”  Mildred made a point to pray for each one of her large family by name, every day. A granddaughter-in-law adds, “If you gave her happy news, she would be extra happy for you. If you gave her a concern, she would say, ‘Well, I’m sure it will work out somehow.’ She loved us so BIG. It was common to see her Bible opened where she had been reading that day.”

Three grandchildren lived at her home at different times through the years, sharing her home cheerfully with each in their turn. One grandson related this. “The one thing that happened every single time I lived with her or when my family visited her later, when leaving her house–at “O’dark 30″ on my way to National Guard training, off to classes at SMS (MO State), at night as I left to perform a gig, and later when we’d be sure to trick or treat on Halloween with the kids (she loved their outfits and always saved back a couple “big candy bars” for them)—was that she would, without fail, stand by her front door and wave goodbye. We all love you Grandma, and we will miss you and your goodbye waves.”

We lovingly wave goodbye to you, Mom and Grandma, until we meet again.

Mildred supported many causes throughout her life, if you wish to donate in lieu of flowers, here are our suggestions:

Safe to Sleep Shelter for homeless women in Springfield, MO