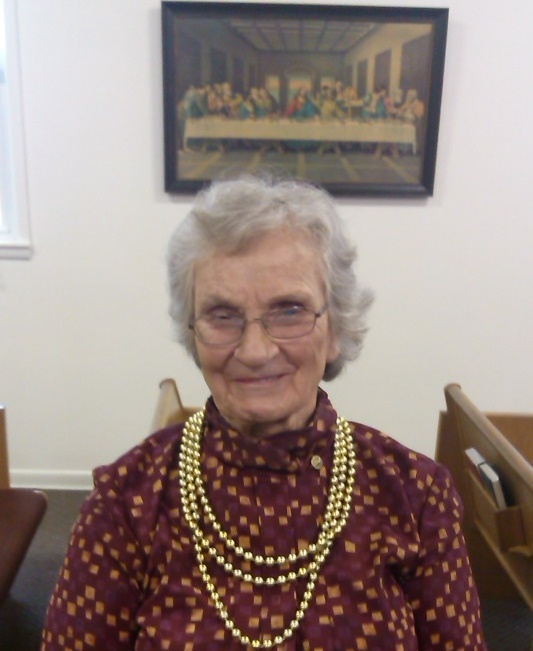 Mildred Marie (Ankrom) Bybee, age 90, passed from death to her Eternal Home on January 13, 2021, while being lovingly cared for by her daughter, Angela Crites. Mildred was a three time sufferer of this dreadful disease called cancer.

Mildred was one of seven children born to Jim and Beulah (Lambeth) Ankrom on April 8, 1930. She was preceded in death by her husband, Raymond, her mother and father, two brothers, three sisters, three brothers-in-law, six nephews, and aunts and uncles.

Mildred attended school at Wells School House and was saved there during a revival.

Mildred married Raymond Bybee on December 14, 1945 and unto their union, Jim, Deanna, and Angela were born.Raymond and Mildred bought a farm at Goodson after returning to Missouri from California. They milked cows and farmed for several years. Later, Mildred took a job at Teter’s Floral in Bolivar and retired after 25 years. She loved to design flower arrangements and was very good at doing them.

In 1968, the family moved to North Oakland in Bolivar. She lived there for 52 years and afterward, moved in with her daughter and son-in-law, Angela and Steve Crites. Mildred always liked when people dropped by to visit. You would never leave hungry. She herself was a “connoisseur” of vanilla ice cream, her favorite food!

Mildred loved to attend church. Through her prayers and taking her children to church, Jim, Angela and Deanna were saved. She always loved to sing old church hymns. Remembering when we would take her to Doctor’s appointments, she would almost always tell the Doctor and nurses how she missed going to church and loved to sing. Now, she is singing those gospel songs in Heaven with the Angels.

A funeral service for Mildred will be held Monday, Januray 18, 2021 at 10:00 A.M. at Pitts Chapel in Bolivar. Interment will follow at Mountain View Cemetery in Polk.