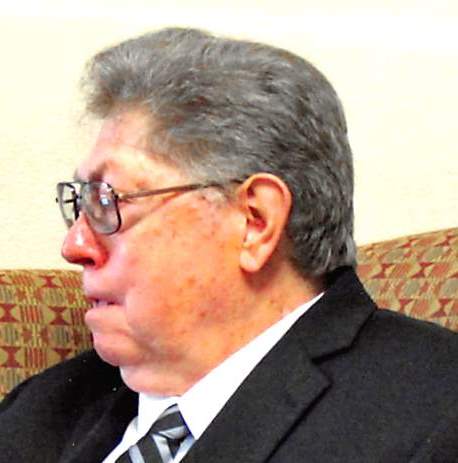 Stephen Virgil Wilson, 71, of Bolivar, left this earthly world with his beloved wife at his side on January 1, 2021 in their home.

Stephen was born May 18, 1949 to Virgil Wilson and Vera Kimbrough Wilson of rural Altadena, Californis. He was baptized on October 16, 1966 into the First Baptist Church of Baldwin Park California.

Stephen was preceded in death by his parents and his sister Judy Wright of Arizona.

Stephen is survived by his wife, Dorothy Wilson, of the home, his brothers Michael (Jessica) Wilson of California and Kelly Wilson of Montana, his daughter Tammy Faye Wilson of Arizona, his son Anthony Wilson of Oklahoma, his step-daughter Susan Sisco (Sam) of Missouri, his step-son Chad Cahow (Michelle) of Bolivar, step-grandson Cody Burrows of Bolivar, Step-granddaughter Myriah Dickerson (Ryan) of Bolivar, several grandchildren, and three great-granddaughters (Lizzie, Esther, and Ella).

Stephen and Dorothy Cahow Wilson were married February 28, 2015 at Brighton Baptist Church. They spent many happy days traveling and enjoying each other’s company. Their love was like a fairytale that will last throughout eternity.

Among his multitude of varies and interesting jobs, Stephen worked as a postal supervisor for 23 years in California before retiring. He loved to learn and had several degrees and certifications. Music was everything to him. Listening to Elvis, singing Karaoke with Dorothy, learning to play the guitar in his later years, and watching his beloved pets (Chance and Marley) kept him happily busy.

Online condolences may be left at www.greenlawnfuneralhome.com. Arrangements have been entrusted to Pitts Chapel Bolivar, MO.