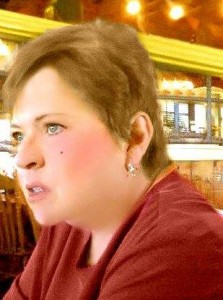 Funeral services for Nancy Susan Freeman age 53 of Branson, Missouri will be held at 2:00 PM, Monday, March 9, 2015 at Greenlawn Funeral Home in Branson with Jeff Combs officiating. Burial will be at a later date.
She died March 4, 2015 at her home in Branson.
She was born on March 24, 1961 in Dallas, Texas the daughter of Richard and Florene Samford Smiley. She had been a resident of the area since 1998 and was of the protestant faith. She was a homemaker.
Survivors are her husband: Rod Freeman of the home in Branson. Five children; Amy Jones and husband Mike of Hollister, Missouri, Elizabeth Peregino of Branson, Missouri, Jennifer Barber and husband Ryan of Branson, Mo. Wayde Ahart and wife Kayla of Ridgedale, Missouri and Tyler William Appelgren of Branson, Mo. One brother, Richard Smiley III of Colorado, one sister, Judy Walker of Dallas, Texas and five grandchildren. She was preceded in death by her parents, and one brother, James David Smiley.
Visitation will be from noon until service time Monday in the funeral home.