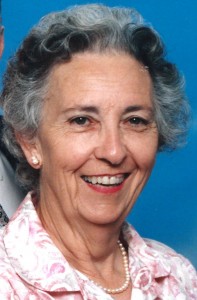 Norma Nadine Patterson departed this life on May 30, 2016 to be with her Lord and Savior. She was born in Springfield, Missouri September 5, 1934.
She was preceded in death by her beloved husband Richard Arlen Patterson, her parents Buster Price Summers and Gladys (Barton) Summers Keithley and her brother Kenneth Summers.
Norma is survived by her closest friend and cousin Patricia Ann Pickering, her 4 sons Randy Patterson and wife Charlotte, Strafford MO, Lt Col Jerry Kim Patterson and wife Christina, Yorktown, VA, Steven Patterson and wife Alta, Strafford, MO and Mark Patterson, Strafford, MO, her sister-in-law Mary Kathlene McIntosh, Springfield, MO, her brother-in-law Dwain Patterson and his wife Linda, Strafford, MO, five grandchildren, three great grandchildren and many nieces and nephews.
Norma graduated from Central High School in Springfield. She worked a variety of jobs as a young woman to include a manufacturing company in Rockford, IL and Zenith Corporation here in Springfield. Her focus in life was raising her sons and supporting and working with her husband, Richard to build a small successful business, the Patterson Dairy Farm. Norma worked side by side with Richard on their farm tirelessly tending to their dairy herd, equipment, farm and children. Her faith in God was the center of her life and on this she never waivered. Norma loved her family, the farm and God with all her heart.
Visitation for Norma will be from 6:00 PM until 8:00 PM Thursday, June 2, 2016 at Greenlawn Funeral Home East in Springfield, MO. Graveside services will be at 10:00 AM Friday, June 3, 2016 at Hazelwood Cemetery, Springfield, MO.