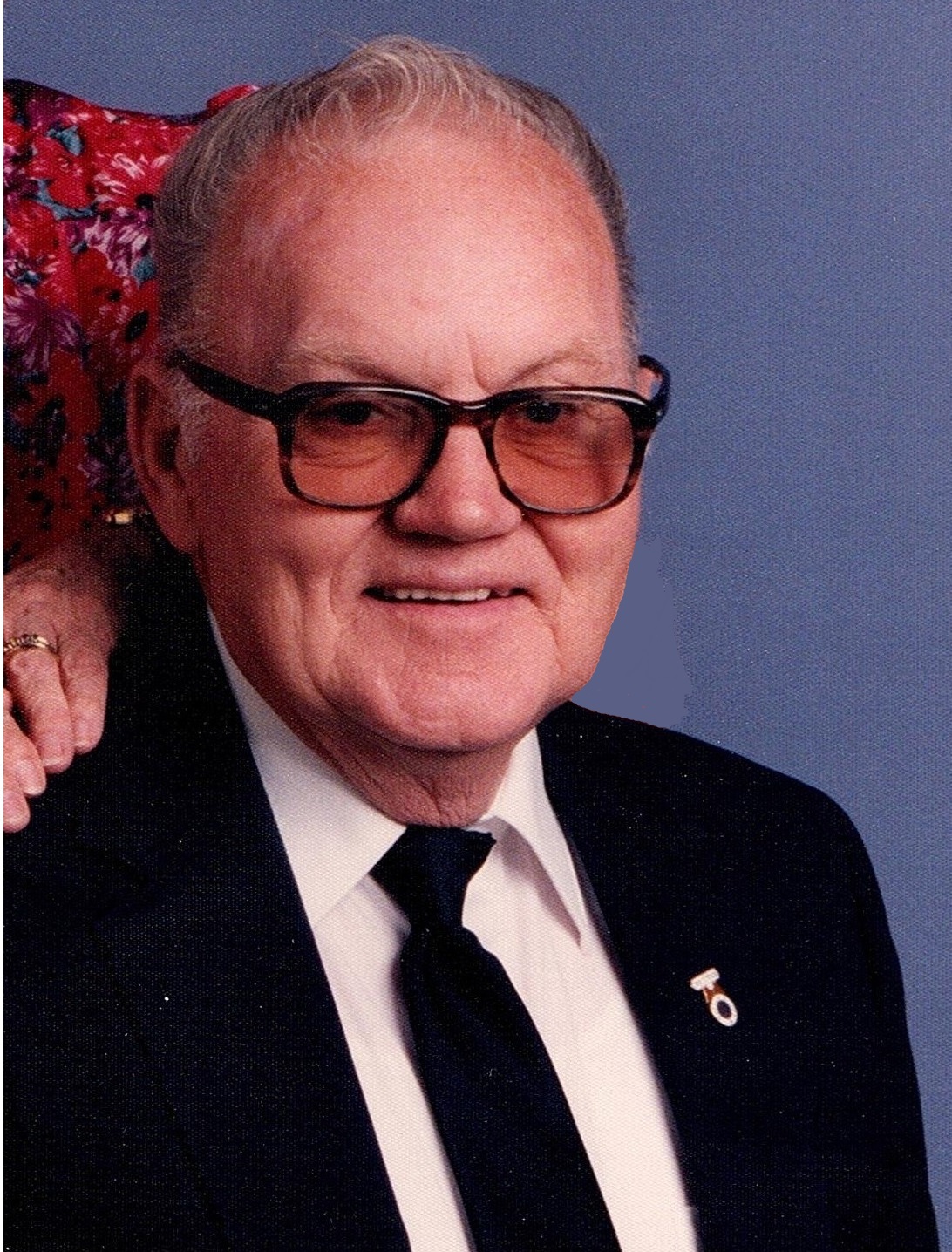 Olin Dayle Locke, 93, Springfield, Mo. passed away Monday, December 3, 2018, after a long illness. He was born on August 31, 1925, in Polk County, Mo. to Olin Alonzo and Bessie Pearl (Davison) Locke. Olin was a Army Air Corps, W.W.II veteran and he was a retired truck driver for Campbell 66.
Olin was preceded in death by his parents, his wife Helen, a daughter, Vicky Brown, a grandchild, Larry Locke Jr. and a brother, Deryll Locke. he is survived by his daughter, Brenda Spracklen, two sons: Mark Locke and his wife, Yuko, and Larry Locke, five grandchildren: Debbie Hogan, John Spracklen, Scott Locke, and Kevin and Kristy Brown, six great-grandchildren: Jeff & Justin Barnett, Robert Spracklen, Jenee Payne-Brown, Alonzo & Nicholas Locke, and three Great-great-grandchildren: Kayden, Kyla, and Ryker Barnett.
Funeral services will be at 3:00 p.m.Friday, December 7, 2018, at Greenlawn Funeral Home North, with burial to follow in Greenlawn Memorial Gardens. Visitation will be Thursday evening from 5:00 to 7:00 p.m. in the funeral home.