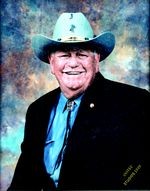 Otis “Joe” Hoppe
Otis “Joe” Hoppe, 74, Brookline, Mo., passed away July 31, 2009, in Springfield, Mo. He was born in Springfield on September 29, 1934. Otis served in the U.S. Air Force for 21 years, retiring in 1973. He worked the Greene County Sheriff’s Department until retiring in 1999. He then worked for Midwest Security. On September 10, 1976, in Springfield, he was united in marriage to Beverly Sue “Penny” Sharpensteen. He was a member of the Eagles, where he was a past worthy president, VFW, American Legion, and Forty and 8. He enjoyed fishing, hunting, making knives and the outdoors. Otis was preceded in death by his parents, Goldie and Otis Hoppe. He is survived by his wife, Penny Hoppe; daughter Teresa Ruel of the home; step-children and their spouses, Donna Bucks of Dover, Del., LeiLani Rash of Wilmington, Del., Randy Galloway of Huber Heights, Ohio, and Jim Galloway of Addison, Texas; three grandchildren, Tammy Lewis, Jody Hicks and Renee Jones, all of Springfield, Mo.; six great-grandchildren; one sister, Margie Evans of Springfield; nieces and nephews, Johnny Evans, Ronnie Evans, Tammy Evans and Lonnie Evans; and numerous family and friends. Graveside services will be held in White Chapel Memorial Gardens at 1 p.m. August 4, 23009. Visitation will be held in Greenlawn Funeral Home North from 6 to 8 .m. August 3, 2009.