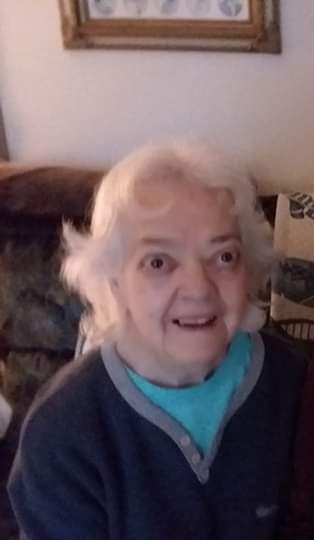 Pamela Ellen Brodrick 77, Strafford, Mo. passed away Tuesday, July 30, 2019, in her home, after a long illness. She was born in San Joaquin, California, on October 1, 1941, to Virgil and Mary (Tucker) Harding. She was a homemaker and a original member of the Berean Baptist Church, in Strafford, Mo. In her spare time, she loved collecting porcelain figurines.
Pamela was preceded in death by her parents, her husband, Clarence, and two brothers: Paul and Mike Harding. She is survived by her daughter: Claudia Oliver and her husband, Scott, five grandchildren: Reena Willhite, Amanda & Bradley Bright, Savannah Wright, Tomie Oliver, Joseph Oliver, and twelve great-grandchildren. She is also survived by her three brothers: Larry Harding, Tom Harding, and Daryl Harding and his wife, Joyce.
Funeral services will be at 1:00 p.m. Friday, August 2, 2019, at Greenlawn Funeral Home North, with burial to follow in Bass Chapel Cemetery, near Strafford, Mo. Visitation will be Thursday, August 1, 2019 from 6:00 p.m. to 8:00 p.m. at the funeral home.