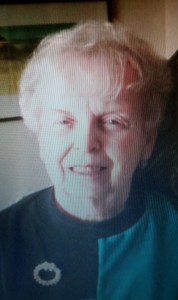 Patricia Ann (Edlin) Kelsey, passed away June 8, 2015 in Springfield, MO. She was born on September 1, 1924 in Akron, Ohio. She married Robert H. Kelsey on December 23, 1945 in Akron Ohio. She also resided in Brewster, Massachusetts before moving to Springfield, MO. Patricia attended Taylor University and Akron University, she also worked as Bookkeeper and Treasurer then retiring after 20 years. Patricia and her late husband were active in their church, American Baptist and political service, Republican National Committee and Christians Women’s Club. She loved to sing and was a member of many choirs and choral groups over her lifetime. Patricia is preceded in death by her husband Robert H. Kelsey and her parents Arthur and Irene Edlin. She is survived by her children; Paula Kelsey, Penny Kelsey and Robert Kelsey, her 8 grandchildren; Amy, Meagan, Beth, Jason, Dan, Laura, Michael and Ben, and her sister Joan White. Visitation will be on Thursday, June 11, 2015 from 9:00 to 10:00 a.m. in Greenlawn Funeral Home South with Funeral services following at 10:00 A.M. in the funeral home. The burial will follow in Evergreen Cemetery in Republic, MO. In lieu of flowers, donations can be made to the Alzheimer’s Association.