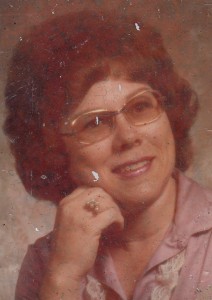 Patsy Ann Petree, 73, passed away on November 09, 2014 in Boonville, MO. She was born April 25, 1941 in St. Roberts, MO. to Wayne Stowell and Eula McKinnon Stowell. She married Sonny Petree on August 11, 1962, and he survives.
Survivors include two daughters: Jackie Hazel, and Bobbie Petree, four grandchildren, and four great-grandchildren.
Visitation will be on Wednesday, November 12, 2014 from 12 Noon until 2:00 pm at Greenlawn Funeral Home North Chapel, Springfield, MO. Burial will be at Missouri Veterans Cemetery at a later date.