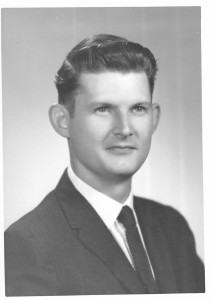 Paul Alph Vitzthum, born March 21, 1936 to Alph and Mabel Vitzthum, in Rolla, MO, passed away November 10, 2015, in Willard, MO. Paul graduated from Rolla High School, in the class of 1954. He joined the U.S. Air Force in 1954, he served as a corpsman (Medic) he was stationed at Travis AFB, California and attained the rank of Staff Sergeant. He married Ilene Janelle Epperson (deceased) of Sacramento, CA, They had two sons: David and Gregory (Deceased) Paul graduated from Southwest Missouri State, Springfield, MO. in 1962 He worked for Locheed Space and Missle Company, McDonald Aircraft Company, VM Corporation, Formica Corporation, and Areojet General. He practiced Industrial Engineering for 33 years.
He is survived by his son David Vitzthum, of Willard, and a brother Silas, of Springfield. Paul had no grandchildren, but considered his brother’s children and grandchildren, as his own. In his spare time, Paul enjoyed hunting, fishing, camping, an flying remote control airplanes. He was a member of the American Legion Post # 639, Springfield, MO.
Graveside services will be at 1:00 p.m. Saturday, November 14, 2015, in Greenlawn Memorial Gardens. Visitation will be Friday evening, from 5:00 to 7:00 p.m. at Greenlawn Funeral Home North. In lieu of flowers, memorial contributions may be made to the Pregnancy Care Center, Springfield, MO.