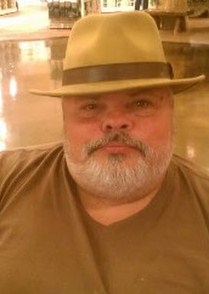 Paul David Yates, age 58, passed away at home on December 16, 2014. Paul was born in Independence, KS on September 12th, 1956. He graduated from Independence High School in 1975 after which entered the United States Navy in the Submarine Service.
In 1984, Paul received his Bachelor Science in Nursing from Pittsburg State University. He worked as a Neuro-trauma Critical Care Registered Nurse at St. John’s Medical Center in Springfield, Mo until 1996. Afterwards he served as home healthcare nurse for Oxford Home Health until his retirement in 1998. During his retirement he was invited to give a seminar on Neurological Nursing to first year nursing students.
Paul married his high school sweetheart, Kristine Dye-Shepard, in 1995. Together they raised four sons, which he considered to be his greatest accomplishment and joy.Paul considered Crossway Baptist Church of Springfield, Mo to be his home church. He was raised in the First Baptist Church of Independence, Ks.Paul enjoyed woodworking, photography, aeronautics, electronics, and reading. He would often read several books every week.
Paul Yates was proceeded in death by his sister April Yates, his first wife, Benna Beck-Yates, his father Donald Yates, and his mother Patricia Yates.
He is survived by his wife, Kristine Dye-Yates of the home, Joshua and Jennifer Yates of Lee Summit, Mo., Timothy and Amanda Shepard of St. Charles, Mo., Aaron Yates of Springfield, Mo., and Thomas and Couri Shepard of Richland, Mo., six grandchildren, his brother and sister in-law, Jerry and Toni Yates of Springfield, Mo., and many much loved nephews and nieces.
Visitation will be held at Greenlawn Funeral Home East from 6:00 to 8:00 p.m. on Friday December 19, 2014.
Funeral services will be held at Greenlawn Funeral Home East on December 20, 2014 at 10:00 a.m.; officiated by Pastor Eddie Bumpers.
A graveside service will be held at Mt. Hope Cemetery in Independence, KS. at 4:00 p.m., officiated by Rev. Jerry Yates.
The family encourages memorial gifts to be made to the American Heart Association or the American Diabetes Association.