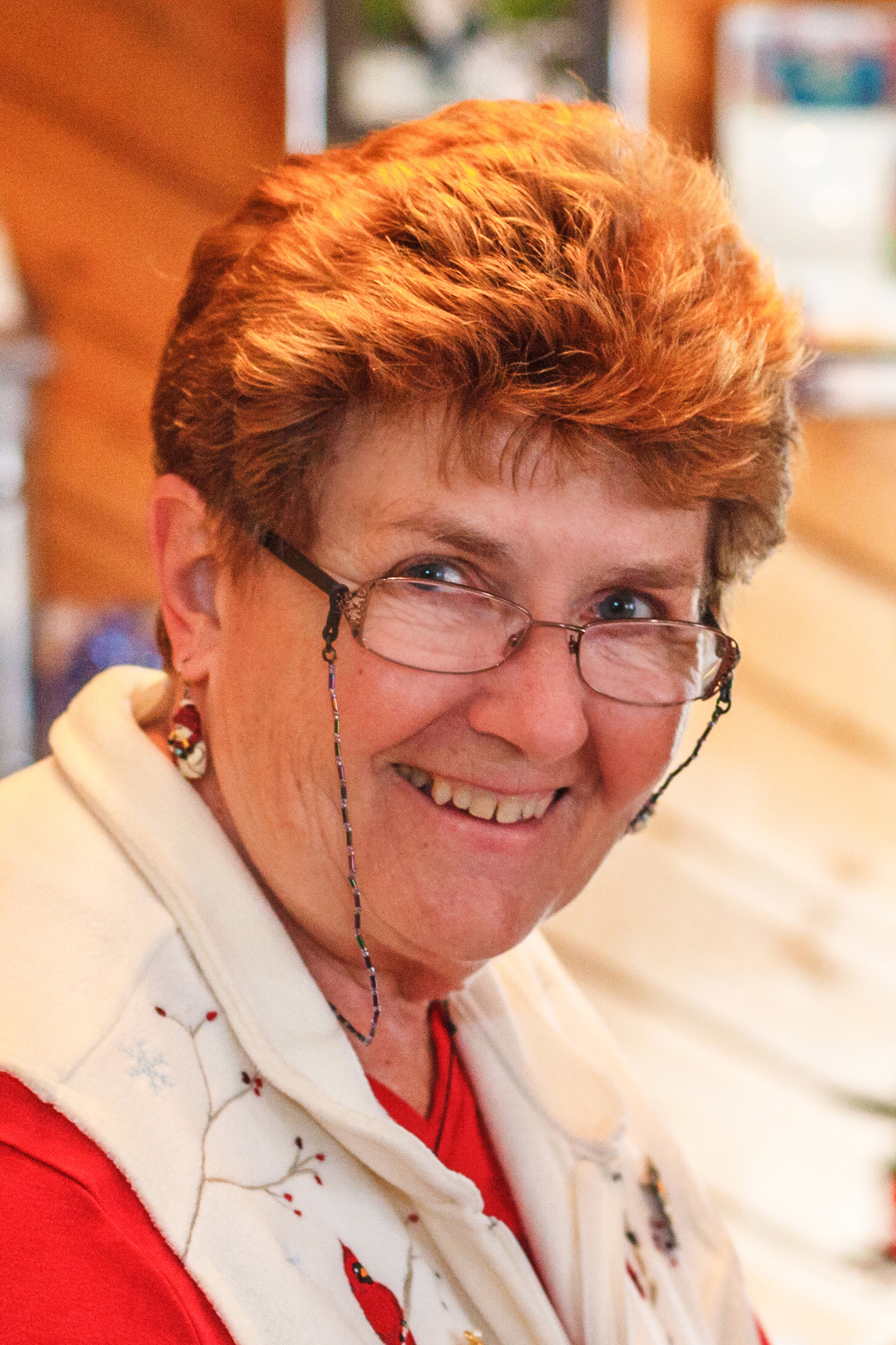 Paula Kathleen Giles (Hayden) began her final adventure on May 14, 2019, at the age of 73. She suffered a heart attack and lost consciousness shortly after arriving at Silver Dollar City, and despite the best efforts of on site EMTs, never drew another breath after she arrived at Cox Medical Center in Branson.

Paula was born March 8, 1946 to Paul Hayden and Alice (Rouseler) in Milwaukee, Wisc. She married Patrick John Giles on April 19, 1969 in Wausau Wisc, a mere day before Patrick’s birthday, forever ensuring (to her sweet natured dismay) that she would be a year older than her husband on their anniversary. Her boundless compassion and kindness were showered mercilessly upon her two sons, Paul (of St. Louis, Missouri) and Matt (of Springfield, Missouri), along with his wife Heidi (Corbett), a gift for which they will be forever grateful. Although she only had 2 biological sons, many knew her as a “second mom”. Paula had a deep Christian faith, and loved Jesus with all of her heart. Friends and family could always count on her faithful prayers and she never shied away from ministering to someone, even in their darkest moments. Of all the many books that she read the Bible was the one she cherished most. The great joys of her life were to spend time with family and friends, whether it was to unrepentantly hijack a restaurant check, play a game, watch a movie, or cheer on her beloved Packers.

Paula was lovingly referred to as “super nana”. She was her seven grands greatest champion and always had hugs, snuggles and a listening ear for each one of them. The time she invested in each one of her grands is priceless and will be greatly missed. A lifelong reader, Paula shared her love of books with thousands of children as the librarian of John Thomas Elementary for 20 years before her retirement, and continued to volunteer and substitute in local school libraries up until her death. She also loved to travel, and visited 5 other continents before her passing. Most recently Paula enjoyed a long-held dream to visit Israel, an experience that deepened her Christian faith. Just 3 months ago she was riding a camel in the Holy Land. Prior adventures included an educators bus tour in Australia with her son Paul, many trips in Alaska and Canada with family both immediate and extended, a whirlwind family tour of South Africa courtesy of Heidi’s parents Doug and Beverly, a mission trip to Brazil as a volunteer assistant optometrist, and a sisters-in-law trip to Ireland. As well as her sons and daughter in law, Paula is survived by 7 grandchildren, beloved “Nana” to Isaiah, Annika, Sean, Shiloh, Jaz, Joseph, and Haven.

Beloved of all the Giles clan, she is survived by in laws Susan, Nadeen and husband Greg Olson, Louise and husband Steven Maddux, Thomas and wife Doreen, Rosemary and husband Al Towle, Suzanne, Perry, Dan and wife Patricia, Kevin and wife Jeanne, and many nieces and nephews. She was preceded in death by her husband Patrick; parents Paul and Alice; Father-in-law and Mother-in-law Claude and Norma; brothers-in-law Bernie, Raymond and wife Carol, David and wife Chris, Greg; and nephews Marky, Jason, Todd, and Jacob.

Funeral visitation will be held at Greenlawn East Funeral Home on Seminole at 2-4pm Sunday, May 19. The funeral service will be held at Hope Church on Blackman road at 10am-12pm Monday, May 20. Her remains will be cremated to rejoin her husband Pat’s at the family cottage in Birchwood. Donations may be made to Ozark’s Literacy Council