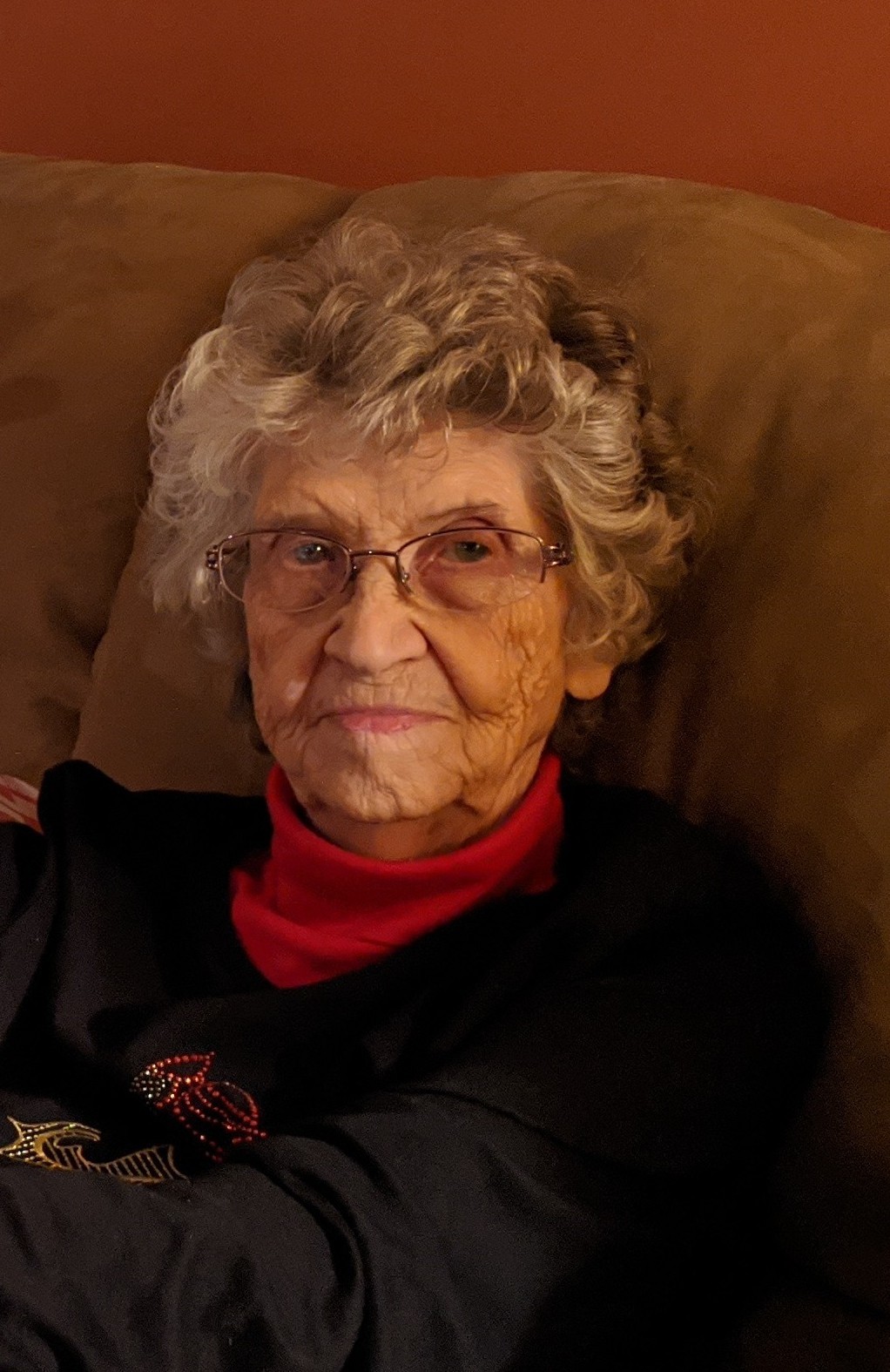 Peggy Jean (Shipley) Sell was born June 18, 1933, Springfield, Missouri, to Carl and Eva Shipley. She was the third born of their five children. Peggy attended Central High School. When she was seventeen years old she married Bob Sell, on June 25, 1950. Peggy and Bob were still married at her passing and would have celebrated 70 blessed years of marriage in 2020. From this marriage came two daughters, Debbie and Terri. She was a devoted wife, mother, grandmother and great grandmother. She loved her family and was very proud of each of them, always ready to brag on them any chance she got. Even while in ICU at Mercy Hospital last week, she was still telling all the nurses and staff about her family. Peggy passed on to her heavenly home on January 12, 2020, at the age of 86 years.
Peggy is survived by her husband, Bob, daughters Debbie Jones, husband Doug, and Terri Michael, husband Ron, a brother, Bud Shipley, wife Mary jane, grandchildren Jeffrey Jones, wife Tricia, Dallas Jones, wife Melanie, Tyler Michael, wife Sara, and Lyndi Pilch, husband Kevin, great grandchildren, Evelyn Michael, Grant Jones, Harrison Michael, Noah Jones, Finn Michael, Iris Michael, Garon Clark, Maggie Clark and Lily Clark. She is also survived by many nieces, nephews and family friends.
Peggy was preceded in death by her parents, sisters Darlene Jackson, Jo Young and Wanda Hamilton, sister in law Pauline Tatum, and brother in laws Ernie Jackson, Jack Hamilton and Eural Tatum.
A Visitation for Peggy will be on Wednesday, January 15, 2020 from 6:00 to 8:00 p.m. at Greenlawn Funeral Home North. A Funeral service will be held at Renew Methodist Church at 1:00 p.m. on Thursday, January 16, 2020. Interment will follow at Clear Creek Cemetery.