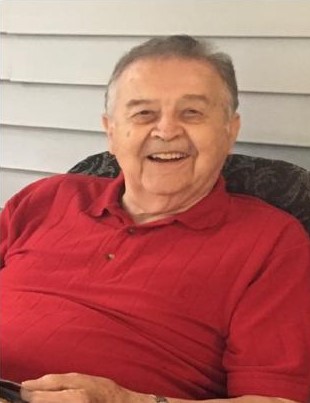 No Visitation is planned.

Burial will be in Greenlawn Memorial Gardens. 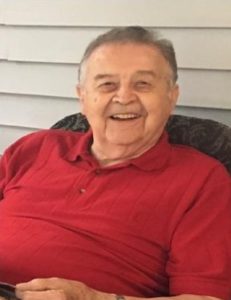 Philip Ausbury, born in Macomb, Illinois on October 28, 1929, passed away on October 24, 2020.  He was the second of five children born to Harold and Dorothy Ausbury; four girls and one boy.  He is preceded in death by his parents and older sister Marjorie.  Phil is survived by other three sisters:  Mary, Martha and Miriam; his wife of 67 years, Ruby Elaine Dobbins Ausbury; his three sons, Dennis Worthy and his wife Sharon, David Dean and his wife Jozette, and Douglas Dale and his wife Kim.  He is also survived by his five grandchildren:  Dr. Erin A. Ausbury Reese, Dr. Alyssa A. Ausbury Easter and her husband Mitchell, Austin Ausbury and his wife Denae, Grant Ausbury, and Colin Ausbury.  He is also survived by his six great grandchildren:  Robert Reese, Graham, Samuel, and Dovie Easter, Titus, and Emmalyn Ausbury,

After being raised on the family farm, Phil left Macomb in 1948 to attend Central Bible Institute now part of Evangel University.  There he met the love of his live, Ruby Dobbins and graduated in 1952 with a Bachelor of Arts degree.  After graduation, he and Ruby were married in January of 1953.  He was ordained as a minister of the gospel in 1955 by the Ohio District Council of the Assemblies of God.  Together they pioneered Corinth Assembly of God in Kinsman, Ohio known today as Rock of Grace Church with two campuses, in Kinsman and Cortland.  After serving as pastor for three years, Phil worked in pastoral ministry, church administration, education and sales.  Phil and Ruby worked together for 20 years in the home party plan industry for Queens Way to Fashion.  Working in both Akron, Ohio and Dallas, Texas, they, along with their team, established and broke many sales records for the company.  Phil and Ruby returned to Akron, Ohio and continued working together for Emerge Ministries where Phil was the Director of Enrollment for the Institute for Pastoral Counseling and Ruby was the Director of Marketing for Emerge.  After retirement he worked in building maintenance for Chapel Hill Christian School.

Phil is remembered by all for his generosity, kindness, sense of humor, and spiritual wisdom.  He dedicated his life to two things, his God and his family.  He loved working with his hands and tackled many projects around the house with whatever material he could lay his hands on.  Together with his boys, they built a deck on the back of their home in Cuyahoga Falls, Ohio and a tool shed complete with shingles and gutters.  And when it came to gardening, he drew on his farmhand upbringing to grow many types of vegetables and flowers.

The family would like to thank the medical staff of Cox South Hospital and Maranatha Manor for their kindness and professionalism during this difficult time.

Donations in can be made to Teen Challenge using the following information:

No Visitation is planned.

Burial will be in Greenlawn Memorial Gardens.