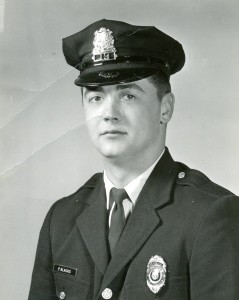 Philip Louis Blasius, age 71, of Drury, MO, passed away on November 14, 2014 at Cox Medical Center in Springfield, MO. He was born on May 6, 1943 in Norwalk, CT. Philip graduated from New Canaan High School then served the United States Army for 3 years, before becoming a Police Officer for the town of New Canaan, retiring after over 20 years of service. His hobbies include fishing, hunting and golf, he could often be found at the local gun shop in Mt. Grove, MO. He was of the Catholic faith. He is preceded in death by his parents, William (Bill) Blasius and Mary (Paglilungo) Blasius and his brother William Blasius Jr. Philip is survived by his wife, Janet (Riley) Blasius, they married on Oct. 15, 2007 in Mt. Grove, MO. He is also survived by his daughter, Valerie Anne (Blasius) Gesualdi and her husband Donnie, and granddaughter, Ava Gesualdi, all of New Canaan, sister-in-law Joann Blasius, Norwalk, CT, nephew, Scott Blasius Norwalk, CT, aunt and uncle Roy and Josephine Conklin of Hawaii, aunt, Ronnie Zandri of Vermont and numerous cousins and friends throughout the United States. Services and Memorial will be at a later date in Lakeview Cemetery, New Canaan CT. Donations can be made to Wounded Warrior Project or to St. Judes Foundation in Philip’s name.