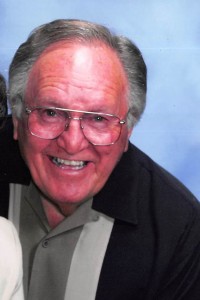 Ralph Dennis McCurry Jr. known affectionately by friends and family as Junior, died suddenly on Friday morning, January 15, 2016. At the time of his passing he was 77 years, eight months and 10 days old.
Junior was born May 3, 1938 at Olive, MO. In the home of his parents Ralph Dennis McCurry Sr. and Thelma Lorene (Highfill) McCurry. He was preceded in death by both parents, two brothers Donnie in 1946, Ronnie in 1988 and a son Patrick Jacob who died at birth in 1969.
He is survived by his best friend and loving wife of almost 59 years, Barbara L. McCurry of the home. He is also survived by his sons Mike and his wife Sheila of Bolivar, Phil and his wife Becky of Fair Grove, and a daughter Erin Mallard and her husband Kenny also of Fair Grove. He leaves behind a large and loving family filled with sorrow at the loss of their beloved Papaw. Among these are Lori & Heath Seiner, Matt & Pilar McCurry, Lindsey & Bryce Locke, Josh McCurry, Jake & Lisa McCurry, Jessi & Austin Potter, Nate Mallard and Hannah Mallard. In addition, he leaves behind six great-grandchildren and a host of beloved nieces, nephews, cousins, and many, many friends.
Junior was saved at home in his bed as a very young man and baptized into the fellowship of Mt Olive Missionary Baptist Church on Christmas day 1955, along with several friends including his future wife Barbara. It is this profession of salvation that fills his grieving family with the hope of seeing him again.
Junior’s family moved to the farm where he still lived in 1948. It was here where he long ago fell in love; first with the land and later with his beloved Barbie. Surrounded by the hills which he had patiently plowed and sowed and reaped the Lord’s bounty for 68 years, he died among them and the cattle he also loved, doing what he loved on the land he loved; surrounded by people he loved. His infectious smile and never waning enthusiasm for life sustained him and served him well till the day the Lord called him home.
Junior loved the oil business. With his cousin Glen E. McCurry, he started McCurry Distributing Company in 1965. The ups and downs of business never defeated him and with a strong ethic of “work hard – play hard” he was faithful to the struggle for over 50 years, only retiring in December of 2015. He was a rare talent, a faithful son, husband, daddy and grand-dad, and a friend to literally thousands of people who both knew him well and speak well of him. The world is a little poorer for his loss and he will be sorely missed by all who knew him.
Visitation will be at Greenlawn Funeral Home East, Springfield, MO Tuesday, January 19, 2016 from 12:00 p.m. until service time at 2:00 p.m. with Elder Gary Campbell officiating. Burial will be in Mount Olive Cemetery in Fair Grove, MO following the services.