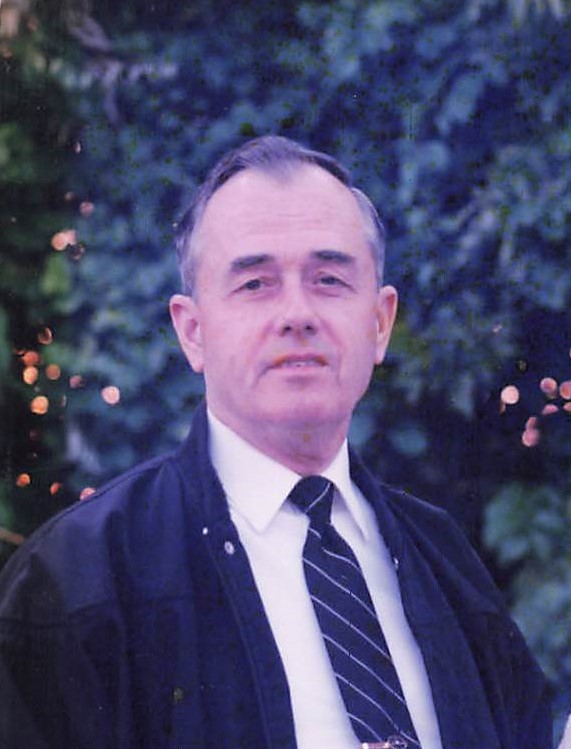 Ray Alexander Salisbury went to be with his Lord early Saturday morning (March 6), at home, surrounded by his loving family. Ray was born August 29th, 1936 in Detroit, Michigan to Kermit and Elfrieda (Alexander) Salisbury. His family moved to Ohio, where he graduated from Vaughnsville High School in 1955. He earned an Associates degree in Theology from Baptist Bible College in 1979.
On November 28, 1958, Ray married the love of his life, Goldie Patricia Bise, often reminding their children that before she was their mother, she was his sweetheart. He was a good man, a good son, a good brother, always checking on his parents and siblings. He was a man of great faith and always a good witness to others. In his childhood days, his brothers said they had a lot of fun making things, mostly anything that had wheels and a motor on them. They went hunting squirrels and rabbits in the woods, worked the field and harvested fruit from their dad’s orchard.
Ray was proud to have served in the United States Marine Corps, serving a tour in Okinawa, which he remembered fondly, and as they say “once a Marine, always a Marine”. This certainly held true for Ray.
He was employed at Dow Chemical and Lockheed Grumman as a machinist until his retirement at age 62, wanting to spend his time with his family and friends and helping others. He spent his time woodworking, and doing projects for and visiting the elderly and shut-ins. Ray spent many hours mowing grass and doing repairs at Baptist Temple. He was a deacon for many years for Trinity Baptist Church in Findlay, Ohio before moving his family to Leesburg, Virginia to help start the Loudoun Baptist Temple. He also served as a deacon for Baptist Temple in Springfield. Ray was honored with a plaque from the Railroad Historical Museum – Grant Beach Park, Springfield for making and donating well over 100 wooden trains for fundraising.
He is survived by his loving wife of 62 years, Goldie, daughters Rae Lene Salisbury and Jeanne (Thomas) Johansen, and son David (Lori) Salisbury. Brothers Kirt (Carol) and Orval (Diane) Salisbury. Five grandchildren, Sammy (Stephanie) McCahon, Sara and Brendan McCahon, and Emily and Christian Salisbury. Two great-grandchildren, Aurora Jeanne and Olivia Grace McCahon, and several nieces and nephews.

Friends are invited to pay their respects at Greenlawn North Funeral Home from 11AM to 12:30PM on Monday, March 15th. Funeral services will be held following the family visitation starting at 12:30PM. Burial will be at the Missouri Veterans Cemetery for family after the services.