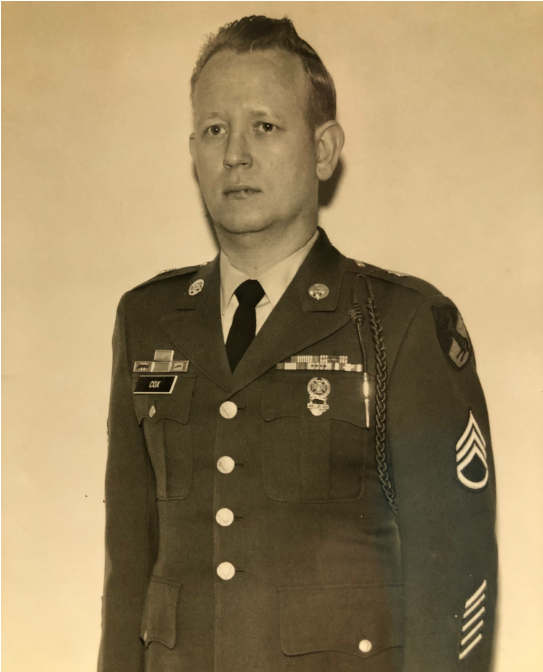 What will the world be like without Raymond Cox? That’s a question that was never contemplated. Ray always said he was going to live 500 years and his entire life he showed Truth, Kindness, and Honor were values he held most dear. Therefore, we never doubted that he’d still be here long after we were all gone. His death last week, proved us all wrong.
In 1942, Ray was born in Pennsylvania to James L. Cox and Pearl Thompson. The challenges he overcame as he grew into a young man, helped to mold him into someone everyone could turn to for advice and his many words of wisdom. He always treated others with dignity, the respect they deserved, and impacted innumerable others. He truly believed the best of everyone, even those that had yet to realize it about themselves. “Clean up your act” was a phrase he often used at the beginning or end of his most serious mentoring sessions and it was received with love, albeit not always in the moment, but always upon reflection.
Ray left behind a family that will miss him dearly. His wife Ruth (Lena) and daughters, Lisa Anderson Bedel and Rita (Darrell) Carey are among those that will miss him most. His habit of whistling, quick wit, as well as the way he teased and nicknamed those he cared about paled in comparison to his attention to detail – all expertly mastered skills that will continue to remind us of his love. Let’s face it, when asked for a total, his response was a precise number, not an approximation, and definitely not a ballpark figure. He handed out nicknames as fast as he handed out candy and cookies – those closest to him, always had a nickname or could count on a simple phrase specific just to them. It was endearing to be part of his privileged circle as the teased were allowed to tease him in return. He could take as good as he gave when it came to poking fun or pulling someone’s leg.
The number of lives he touched are far too many to list here. He never knew a stranger, dispensing practical advice to anyone willing to listen. Often starting the most serious discussions upon hearing, “it’s time to get going.”
He looked forward to voting in the upcoming United States Presidential Election, proudly asking everyone he encountered if they would be joining him in re-electing President Donald Trump. He shared his love of America, personality, and habit of putting others first, especially underdogs who most often are overlooked. Ray’s love of life, liberty, and freedom that existed throughout his lifetime during both, military and civilian careers combined with his altruism, wouldn’t want anyone to mourn his death, feel sorrow, or regret. It was much more his style to want his memory honored by mentoring a young person, taking up the cause of an underdog or someone hard on their luck, and most definitely by helping him see his wish fulfilled of 4 more years to Make America Great Again under the leadership of President Trump.
The year 2020 has dealt some unprecedented blows, but Ray’s passing is the one that affects his family most.
The family will hold a private ceremony to celebrate this larger than life man and asks that condolences be sent to Greenlawn East Funeral Home located at 3540 E. Seminole in Springfield, Missouri 65809.
His grandchildren; Jason, Gabby, Katherine, Jack, Alexandrew, Nina and his great-grandchildren; Zayden, Lillian, Sebastian would give anything to be whimsically picked on and teased one more time… as would we all. We love you, too.