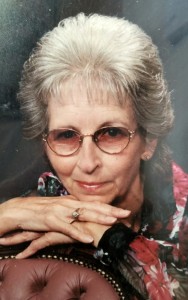 Reba Nadine Teel quietly passed away on the 4th of May, 2016 at the age of 82. She was born on August 27, 1933 to George and Joella Anderson in Longwood, MO near Sedalia, and was a longtime Springfield resident.
Reba is survived by her four sons and their beloved wives: Tom & Paula Teel of Castle Rock, CO, Scott & Patti Teel of New Braunfels, TX, Larry & Betty Teel of Springfield, and Chris & Tammy Teel of Springfield. She is also survived by her sisters, Joan Dodson and Mary Nell Foreman, brother Stan Anderson, 8 grandchildren and 7 great grandchildren with another on the way.
Reba was preceded in death by her husband Richard Jerome Teel, infant son Charles “Chip” Teel, infant grandson Charles Levin Teel, granddaughter Andrea Teel, brothers Glen and Jack, and sisters Alma and Lucille.
Reba was a feisty lady who fought hard for her children and would not take “no” for an answer. She was a loving Nana to her grandchildren and will be greatly missed.
A memorial service will be held at the Church at Webster Park on 2727 E. Division at 7:00 PM on Monday the 9th of May, Services are under the direction of Greenlawn North Funeral Home. In lieu of flowers, donations may be made to the Church at Webster Park.