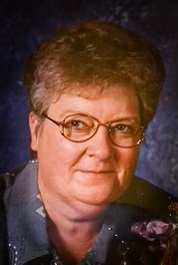 Rebecca Ann (Hunt) Moerer, age 70, passed away on January 9, 2022.  Rebecca was born November 30, 1951 to Roberta and Lawrence Hunt, Sr. of Ft. Scott, Kansas.  Rebecca graduated from Humbolt High School inn 1969.  She obtained a Bachelors in Education Degree in 1979 and in 1981 earned her Masters in Education from Pittsburg State University.  She began teaching special education in 1980 for the Mankato and White Rock School Districts in northcentral Kansas until 1994 when she moved to Missouri.  She finished her teaching career at East Newton until she retired in 2015.  After retirement Rebecca moved to Springfield to be closer to her family.  Rebecca enjoyed working with children and loved to provide a variety of experiences to help each child reach their best potential.  She loved the time spent with her family and most recently getting to celebrate her 70th birthday with a surprise party.

Rebecca loved her family and friends and would do anything for them.  You were always welcome in her home, even if you weren’t family.