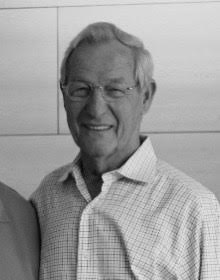 After moving back to Springfield, he earned a bachelor’s degree in agriculture from Southwest Missouri State College while working the night shift at Kraft Foods.

He was self-employed most of his life, and in partnership with his wife, started and operated several businesses, in addition to farming, during their 60-year marriage. Together they raised four children on a farm in northwest Greene County.

Rex was a hard worker but when he did take time to relax he enjoyed being at the lake with his grandchildren, riding motorcycles and reading at length on topics that interested him. He was a member of the Blue Knights law enforcement motorcycle club and served as a reserve deputy with the Greene County Sheriff Department.

He is also survived by brother Randy Bumgarner and wife Rosie of Bolivar; brother Roger Bumgarner of Bolivar; and sister Chris Carter and husband Edward of Willard. Many other family and friends will also mourn his loss.

In lieu of flowers, the family requests that memorial contributions be made to the maintenance fund for Robberson Prairie Cemetery, c/o Vernetta Sare, 3027 W. Farm Road 38, Willard, MO 65781. No visitation or service is planned due to current circumstances caused by coronavirus.