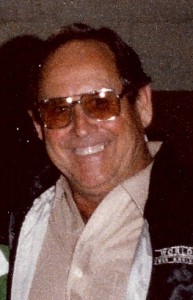 Rex Dean Vire, of Springfield, MO, was born November 9, 1927 in Polk County near Halfway, MO, the son of Leonard (Crowbar) and Cordia (Hankey) Vire. God took Rex on March 10, 2015. Rex was saved at Schofield Missionary Baptist Church. He joined the Walnut Ridge Missionary Baptist Church in Van, MO and was baptized in Pomme de Terre River there. He graduated from Halfway High School, Class of 1949. He owned and operated a Daricraft milk route North & East of Bolivar, delivered milk to Springfield.
From 1951-1953 he served his country in U.S. Army Infantry in Korea, as a rifleman. Rex was awarded several medals including the Purple Heart and Bronze Star Medal w/V for heroism, on the battlefield. He did not want to talk about the battles in Korea.
Rex was a very humble, hardworking man.
After returning home he sold his milk route, moved to Springfield and started working in the plumbing business. He later opened his own business “Rex Vire Plumbing”. He was a plumber for over 55 years .
He loved woodworking, collecting Country & Bluegrass records & cd’s, as a Nascar racing fan, #24 Jeff Gorden. He loved his lake home on Table Rock Lake, boating, fishing and just enjoying his time there.
Rex loved his God, his family, and his Church and families there, his cousin, nieces, nephews and many friends over his lifetime.
Rex was preceded in death by his parents and an infant brother, William Harold Vire. He is survived by his sister Maxine (Vire) West of Buffalo, MO; special nephew, Gary and wife Jane Smith and their daughters, Kari, Sara and Sally of Springfield, MO and his very special Caregiver, Janet Isaac. Special to Rex are Eugene Brown, Buffalo; Morgan Wrinkle, Bolivar and Eugene Tracy, Fair Grove, his friend of his lifetime.
He will be fondly remembered by many people and greatly missed by us that love him.
Funeral Services for Rex Dean Vire will be held at 2:00 PM, Thursday, March 12,2015, at Pitts Chapel Bolivar, MO, with Bro. Doyle Mayfield and Bro. Joe Sprague officiating. Burial will follow in Greenwood Cemetery, Bolivar, MO. Visitation will be held one hour before service from 1:00 – 2:00 PM Thursday, March 12 in the funeral home. Memorial contributions may be made Walnut Ridge Baptist Church, in lieu of flowers. Online condolences may be made at: www.greenlawnfuneralhome.com. Arrangements have been entrusted to Pitts Chapel Bolivar, MO.