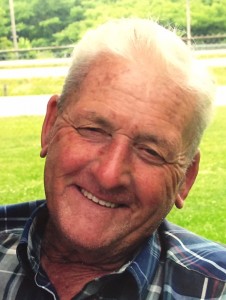 Rex Richard Rowden, age 76, of Strafford, MO, passed away Saturday, February 6, 2016 in his home, with his family by his side. He was born June 11, 1939, in Greene County, MO, to James and Essie (Stokes) Rowden. He retired after 34 years with Consumers’ Grocers.
He was preceded in death by his parents, his sisters; Eunice Choate and Gladys Matthews and his brothers; Jarvis Rowden, Glenn Rowden and Russell Rowden. He is survived by his wife; Betty Rowden, his daughters Lisa Hamilton and husband Denny, and Sandy L. Young, and husband Jamie, and his son Tim Dewayne Rowden, four grandchildren, and eight great-grandchildren, his siblings; Eula Mae Burney, Geraldine Price, Blanche Davis, Shirley Ann Macey, Shirl Rowden, and Herbert Lee Rowden. His love for his grandchildren was matched by no other. Rex always said that “grandkids should have come first, if I had known they were so great, I would have skipped right over my kids”
Funeral services will be held at 10:00 a.m. Wednesday, February 10, 2016, in Greenlawn Funeral Home North with Pastor John English officiating. Burial will follow in Panther Valley Cemetery. Visitation will be held from 6 to 8 p.m. Tuesday evening at the funeral home. Services have been entrusted to Greenlawn Funeral Home North, Springfield, MO. Online condolences may be made at www.greenlawnfuneralhome.com.